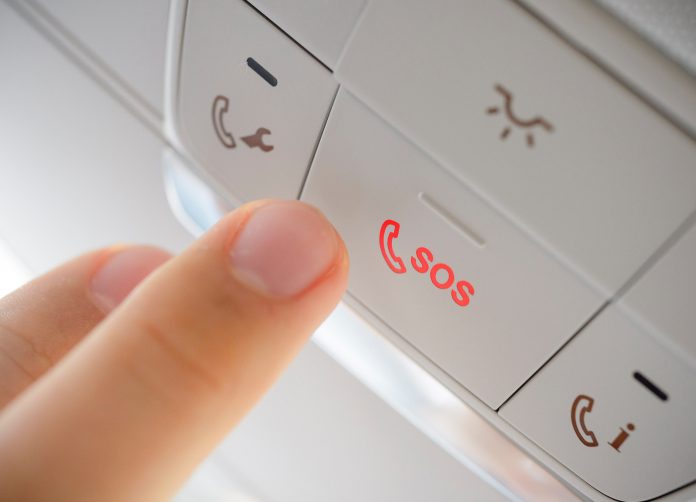 The automatic “emergency call” system – eCall– became mandatory on March 31, 2018 in the European Union (EU), but the Gulf region looks primed to adopt this life saving technology, after the UAE became the first country in the UAE to take on this initiative.

This requirement means that a digital first responder which automatically calls for help in an accident, will be riding along in the car, each and every time, even if car occupants fall into a state of shock.

EU Vehicles will feature a standardized eCall box that automatically alerts the local emergency services via the number 112, which is the same across Europe.

These developments assume more importance, considering regional initiatives and campaigns currently under way, including countries such as the UAE and Saudi Arabia, to combat road accidents.

The EU expects that eCall will save 2,500 lives each year and reduce the number of people who are seriously injured by 15%.

The automatic eCall enables emergency responders to arrive at the scene of the accident 40% faster in a city.

The eCall service from Bosch speaks 16 languages fluently, among them French, Swedish, and Turkish, in service in more than 50 countries worldwide, including in Japan, Brazil, and North America, with a number of automakers, such as Daimler AG, already opting for Bosch’s multilingual eCall service.

VIDEO: Watch how electric cars will pay for your home electricity bills

1-How is this being implemented in the UAE and Saudi Arabia?

Following EU adoption, we anticipate these developments to be of interest to governments across the board. We know that in both the UAE and Saudi Arabia, regular concerted efforts are made to improve road safety and to minimize risks to all road users in these countries.

The UAE took the first steps towards implementing eCall emergency centres in 2017, by instituting a nation-wide law – thus improving integration within emergency services and connected affected vehicles with the concerned authorities.

2-Are there ongoing agreements with car manufacturers or distributors?

Within the EU, the date of vehicle-type approval determines whether a vehicle will come with the automatic eCall system as standard in the future. This is mandatory for all vehicle manufacturers. The first automakers are already providing their customers with the digital lifesaver service as part of the navigation system without being required to do so by law.

3-Is there some kind of infrastructure required?

In order to integrate eCall effectively within their services and to make it a reality, local emergency services will need to adapt their existing technical infrastructure. Prior to the widespread adoption of the eCall feature, emergency services were accustomed to receiving phone calls in the event of an incident. However, eCall transmits a standardized set of data, such as the affected vehicle’s position and associated phone number, whenever an accident occurs – and this requires existing technical and communications infrastructure to be upgraded.

As far as the car itself is concerned, the eCall function essentially consists of a box-like addition within the driver’s cabin itself, which is wired to communicate with local emergency services.

An SOS button is also installed on the vehicle’s dashboard, which the occupants can use to manually place the emergency call.

Read: How is automation driving changes in the workplace?

4-How about regulatory requirements?

In an encouraging move in November 2017, the Abu Dhabi and Dubai Police, in cooperation with the Telecommunications Regulatory Authority (TRA) approved the set-up of emergency centres in the UAE to support the eCall system, used for automatic call in the event of traffic accidents. This makes the UAE the first country in the Middle East to implement this initiative on this scale.

Beginning in 2019, all new vehicles imported to the UAE will be equipped with the feature. This will accelerate accident response time by providing a sophisticated feature for rapid communication with emergency teams, thus reducing time and scope of human error in locating accidents.

5-Does this eCall (digital responder) fit in all cars or vehicles?

YEs, and Bosch is developing the eCall function for motorcycles as well, and is offering a retrofit solution for older vehicles.

This retrofit solution is the so-called Telematics eCall plug which can simply be inserted into a vehicle’s 12-volt socket (cigarette lighter), without the need for mechanical assistance of any kind. Thanks to an integrated acceleration sensor, it registers collisions and accident severity and uses Bluetooth to send this information to the corresponding app on the driver’s smartphone, which in turn alerts the service center of the vehicle insurers’ accident switchboard.

Even with the retrofit solution, an audio connection is first established with the driver. If the driver does not respond, emergency responders are immediately dispatched to the scene of the accident.

Bosch is developing eCall not only for cars, but also for two-wheelers. A special CCU (connectivity control unit) for motorcycles captures the bike’s operating data, which is then used to detect accidents. Thanks to an integrated GPS module, the exact location of the accident is transmitted to the emergency services call center.