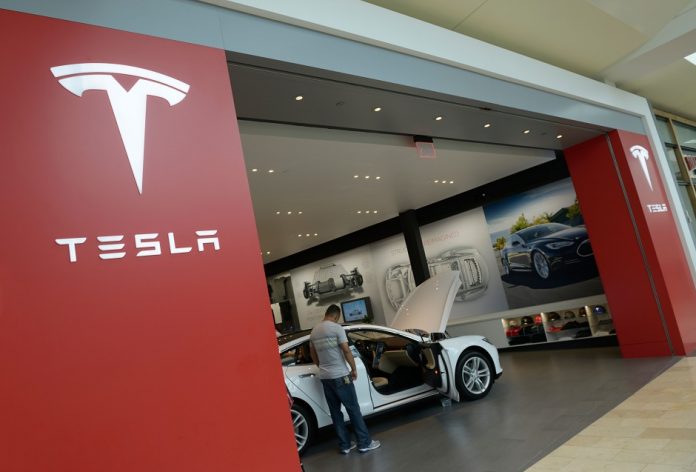 There is institutional interest in Tesla and its private company plans, starting with Saudi Public Investment Fund, which has already bought a $2bn stake, just short of 5%, in the automaker.

Last week, Musk stunned investors when he tweeted about wanting to take the world’s first luxury all-electric sedan car maker Tesla private at $420 per share before issuing a formal statement on the company’s website and recently tweeted that investor support was already confirmed.

Musk has also said he would be looking to keep his ownership of Tesla at around 20 percent in a buyout deal, and that a special purpose vehicle, like the one that exists at his aerospace company SpaceX, would allow Tesla shareholders to remain invested if they so choose.

The company had a market capitalization of more than $60 billion last week, according to BI.

Others, like Japanese vision fund Softbank, have also expressed interest with an eye to providing their stakeholders high returns on a promising EV future.

But is the PIF’s additional courting of Tesla a foregone conclusion?

Saudi Arabia’s Public Investment Fund, the country’s sovereign wealth fund, is in talks with Tesla about becoming a significant investor as part of the move towards privatization, sources with knowledge of the fund’s plans told Bloomberg Sunday, as reported by Business Insider (BI).

“The fund has not yet made any concrete plans with Tesla on increasing its stake,” sources told Bloomberg, but talks are ongoing.

Reuters on the hand reported that the PIF has shown no interest so far in financing Tesla CEO Elon Musk’s proposed $72 billion deal to take the U.S. electric car maker private, despite acquiring a minority stake in the company this year, according to two sources familiar with the matter telling the media.

Read: Did Saudi see an opportunity in Tesla, or vice versa?

Investors and analysts viewed PIF as a natural financing partner.

“However, a source who is familiar with PIF’s strategy said it was not currently getting involved in any funding process for Tesla’s take-private deal,” said Reuters.

“A second source close to the situation also said PIF was not taking part in any such plan at this stage. This source said that the Saudi fund would not make an investment of this kind without seeking guidance first from Softbank.”

Reuters reported on Wednesday that SoftBank was not currently pursuing a deal for Tesla given its investment earlier this year in rival GM Cruise.

A Tesla investment would add to the Saudi fund’s growing list of high-profile purchases. The company has invested $3.5 billion in Uber in June 2016, teamed up with Softbank for a $93 billion tech fund in May, and pledged to invest about $1 billion in Virgin Group’s space companies, Virgin Galactic in October, according to BI.

Prominent US news and commentary on clean technology cleantech said there were 10 potential suitors who might marry Elon Musk & Tesla, starting with PIF.

1-The PIF, it said, has plans to grow the fund to about $2 trillion in a few years, so finding the cash to buy a bigger stake in Tesla shouldn’t be a problem.

2-SoftBank and its $100bn Vision Fund, it notes, recently invested $2.5 billion in Cruise, the autonomous driving division of General  Motors. It has also made significant investments in ride-sharing companies Didi Chuxing, Uber, and Singapore’s Grab.  Cleantech says SoftBank wanted more control over Tesla after it courted the automaker last April, but Musk was unwilling to cede that.

3-Bill Gates. The Microsoft founder and multi-billionaire has the resources and a mission to save the world.

4-Warren Buffett. Like Gates, Buffett has money and a strong head for business.

5-Larry Page/Sergey Brin. Like Buffett, Page and Brin are wealthy beyond all measure. Buying Tesla would be pocket change for them. Tesla could become yet another division of Google or the pair could buy Tesla themselves and operate it outside the Alphabet company umbrella.

6-Apple. It has the cash, about a quarter trillion dollars, according to most sources. It has been struggling mightily to do something — anything — in the automotive field for 5 years or more.

7-General Motors (GM). It could buy Tesla and shut it down, thus eliminating the stigma of having a young upstart build more and better electric cars than it can possibly imagine, it said.

9-BMW/Daimler/Volkswagen/Toyota. All about existance of corporate cultural fit or not.

10-A Chinese billionaire or 5. Musk has sent a number of glowing tweets about Chinese leadership, vision, and luck in recent months. The Chinese seem to like him, and he seems to like the Chinese.

Is Saudi Arabia prepared for a potential 8 million new drivers?