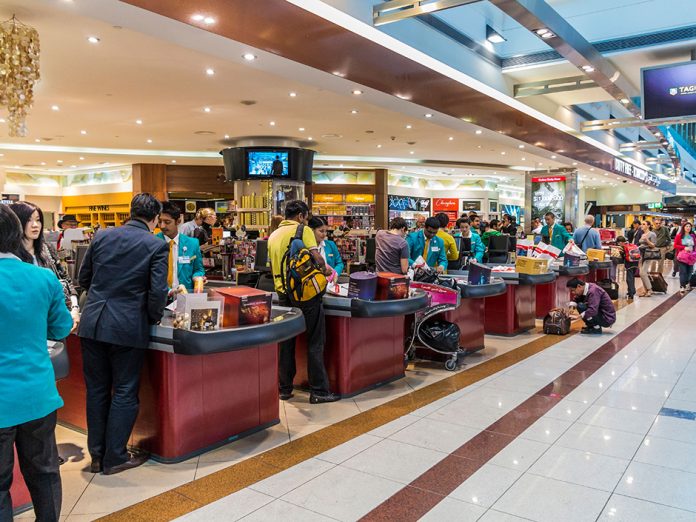 Now sitting comfortably in third spot, behind China in second and Atlanta in third, Dubai Airport is eyeing the top spot on the busiest airports in the world list by 2023, in terms of handling international passengers.

So what’s Dubai Airport going to do about it?

DWC, Dubai’s second airport, will undergo a $32 billion expansion, which will enable the airport to accommodate more than 240 million passengers a year and 16 million tons of freight, said the review.

It added that Dubai Airports has redesigned its long-term strategy to meet anticipated demand and elevating service levels. “For the next 10 years, as Dubai’s aviation hub, DXB needs to meet rising customer expectations and growing demand for capacity, which is expected to rise to 118 million passengers by 2023,” it said.

But where does Dubai stand today?

A report by Airports Council International reveals that the world’s top spot continued to belong to Atlanta-Hartsfield-Jackson (ATL). Boasting over 104 million passengers and growing by 2.6 per cent in 2016, the airport is within a two-hour flight of 80 per cent of the United States’ population.

It added that Beijing held the world’s second spot in 2016, growing five percent to over 94 million passengers.

Dubai (DXB) remained in third position. “As a major connection point for long-haul international flights, the airport is also the world’s busiest in terms of international passengers, ahead of London-Heathrow (LHR),” it noted.

According to official statistics by Dubai Airports and Heathrow Airport, the two airports handled 84 million and 75.5 million passengers respectively in 2016.

“In fact, if the growth rate stays as it is, then it will shatter through that 100m passenger barrier as soon as 2019,” he added.

Official statistics also show that passengers in Dubai airport up to August 2017 reached 59,3 million, compared to only 52,1 million for Heathrow, which is considered a remarkable difference.

For Ahmad, Dubai International is a key gateway that harnesses not just its retail glitz-n-glamour for those transiting through the airport, but it’s a key holiday destination for people from across the globe.

“This is what has led to passenger figures swelling and that shows no sign of slowing down,” he said.

“This is coupled with the fact that Emirates and flydubai, its two biggest operators jointly operate the highest number of regional and international touch points for travelers. This is why Dubai International, despite its congestion and continued development and expansion, is a driver for pulling in demand,” he added.

“Heathrow is choked at 99.6 percent of operational capacity. It has no prospects to expand within the next decade and even the third runway, if it ever comes, will be 50 years too late. By the time it’s built, Dubai World Central will be on stream and will be handling up to 4 times the traffic Heathrow ever could,” he said.

Read: Passenger traffic at UAE airports up despite travel ban

Here’s what you can do sitting in traffic with the Audi...

Dubai government, companies team up with IBM on blockchain projectGulfRetail