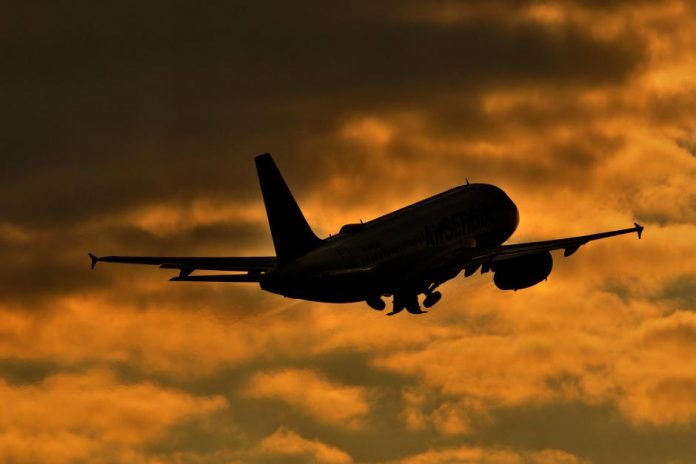 What made Emirates Airline agree on a code-share partnership with comparatively low-cost airlines flydubai on regional and international destinations?

The agreement was announced officially on October 2, but it actually started when the two airlines joined forces back in July, agreeing to partner on a code-share programme. They also alluded to the partnership going beyond that to include integrated network collaboration with co-ordinated scheduling.

“This is an exciting first step in unlocking the benefits of the partnership for passengers,” said Sheikh Ahmed bin Saeed Al Maktoum, Emirates Group chairman and CEO, and flydubai chairman. “This is just the start and, as we expand the partner network in the coming months, we will open up more opportunities for our passengers to explore the world.”

Meanwhile, an Emirates spokesperson tells GulfRetail: “This move brings together two independently successful Dubai-based airlines, with the aim of harnessing their unique strengths to deliver even better customer offerings, commercial results, and operational efficiency at our busy hub airport.”

“This is not a merger, but a very close co-operation. Emirates and flydubai will remain separate business entities. This new partnership will unlock the immense value of our complementary models, benefiting consumers, both airlines and Dubai,” the spokesperson adds.

But could there be deeper-seated reasons for the move than just capitalising on a great opportunity to expand?

Following Emirates group’s already accelerated efforts towards cost-cutting, this new deal could be another attempt to streamline the airline’s operations. Some analysts have also termed these efforts a ‘bloat’ with age.

“Financially, this [code-share] move is great for both Emirates and flydubai,” says Saj Ahmad, founder and chief analyst for StrategicAero Research, a private intelligence and analysis resource for the aerospace, airline and aviation industries, as well as the GCC, regional and international press and media services, speaking to GulfRetail.

He adds: “With one chairman at the helm, the deeper assimilation across both airlines will drive down costs and allow them to better hedge against other external costs, such as fuel and ground services, for example.”

He also indicates that this initiative could also help Emirates cut down at least one factor that would otherwise have taken a bigger chunk of the airline’s already falling revenues.

“It potentially removes direct competition for both airlines on routes where they might overlap,” says Ahmad. “As we know, Emirates has been hit with a fare war that has pushed profits down – so this move will work to restore balance since it won’t now necessarily be competing for the same traffic.”

Emirates is not the only major Middle East carrier to face such difficulties. The Financial Times reported in early September that UAE-based carriers Emirates and Etihad have both had to look for new ways to boost revenue – and this is after both undertook cost-cutting measures.

The Times noted that both airlines took a leaf from low-cost airlines’ book and resorted to increase charges, especially in the economy seats, a strategy that low-cost airlines were already applying in their business practices – one common example is charging passengers more for the option of choosing a particular seat in economy.

This could be an attempt at trying to reverse Emirates’ first full-year profit decline for five years, when earnings plummeted 82 per cent, the paper reported.

“Emirates now charges for seat assignment in economy, while offering a pay-per-access service to its lounges and aims to introduce other charges in the coming months,” the Times said, adding: “In June, Etihad revealed plans to charge for chauffeur services, which were previously included for business and first class customers.”

Ahmad also notes that the code-share deal will further consolidate the carrier’s position in Middle Eastern skies. “This move will certainly make like difficult for Air Arabia and Etihad – the latter doesn’t have a low-cost unit and is still restructuring [after] a string of unsuccessful investments,” he explains.

Of course, while the Emirates-flydubai deal will help the former consolidate its position, increase revenues and cut down competition, the move is not just a stop-gap attempt. Eventually, everyone stands to gain: customers, carriers and even the country, opines the Emirates Airline spokesperson.

Ahmad also agrees, saying the pact has been a long time in the making and will naturally expand and benefit customers as the relationship deepens.

Moreover, thanks to this deal, Emirates can immediately expand its network to 29 flydubai destinations across three continents, offering more for regular Emirates flyers.

“The new partner network, through its codeshare, will offer greater frequency and easier access to more global destinations with the advantage of connecting baggage to the final destination,” read an Emirates Airline press release.

Ahmad adds: “The development and integration of their [Emirates and flydubai] frequent flyer schemes will almost certainly allow reciprocal point-accumulation between the two airlines with redemption on either carrier.”

“flydubai will certainly be able to leverage the strength of Emirates’ huge international network and pull in transfer traffic, while Emirates will be able to utilise the massive frequency-based services to places like Russia, where flydubai has been adept at pulling in high volumes of customers as well as higher yield business class passengers,” he adds.

The move also brings with it a host of benefits. For example, when booked together as part of the codeshare, Emirates passengers will receive complimentary meals and the Emirates checked baggage allowance on flydubai flights in both business and economy classes.

Meanwhile, the Emirates spokesperson adds: “When passengers book a flydubai itinerary that includes an Emirates-operated flight, the fare selected will be inclusive of baggage and seat and, where applicable, include a meal on both the flydubai and Emirates flights.”

He continues: “Passengers booking an Emirates itinerary that includes a flydubai-operated flight will receive a free seat and meal on the flydubai flight where applicable.”

In both situations, he notes that “route-specific baggage allowances and meal details will be displayed” on the respective airlines’ websites and in the fare rules.

Further, on code-share flights, Emirates Skywards holders can earn miles as per their agreement and can have their extra checked baggage allowances on codeshare flights operated by flydubai.

(GulfRetail asked a flydubai spokesperson to comment as well, but was told that, since Emirates is the marketing carrier, it was for them to talk about product offerings and pricing.)

Trouble in the air?

But could this deal also result in some challenges, especially for frequent users of the more expensive Emirates flights? Will flydubai be able to match Emirates’ levels of comfort and luxury? Will passengers who purchased a high-priced Emirates ticket be miffed about being asked to travel via flydubai using the same ticket?

Such problems have already raised their ugly heads elsewhere, especially as documented in the US with certain code-share agreements that backfired.

For example, a USA Today article notes that several passengers ended up at the wrong terminal because they thought they were flying on one carrier when, in fact, they were booked on another, thanks to a code-share deal. Such a situation might be very pertinent for Dubai passengers particularly, because, currently, flydubai operates from Terminal 2, while Emirates uses Terminal 3.

However, given that both are at the same airport (DXB), it may not be so much of a problem as passengers can experience smooth transfers with lower connection times.

Ahmad further adds: “It’s likely that Fly Dubai’s planned move to Dubai World Central will be curtailed somewhat to allow the maturation of routes and connection between the airlines and the two different terminals at Dubai International.”

So will this move help Emirates Airline improve its bottom line? Ahmad says it can be expected that both brands stand to benefit, once satisfied.

“This partnership is about extracting commercial value by leveraging the strengths of both companies to accelerate growth,” adds the Emirates spokesperson.

Meanwhile, the flydubai spokesperson tells GulfRetail: “As commercially focussed businesses, taking into consideration market dynamics, the agility of both airlines, their networks and fleet structure, it is the right time for this partnership.  Linking the two business models positions both airlines to offer greater consumer choice and further optimise stakeholder value.”

So will this deal help Emirates take off and ascend to new heights? Will flydubai rise in esteem and position from its current perception of a ‘low-cost airline’?

The bottom line is that, even if this was primarily a strategy to cut costs, Emirates Airline and flydubai definitely know how to brand it into an opportunity. It just remains to be seen if it is actually one.