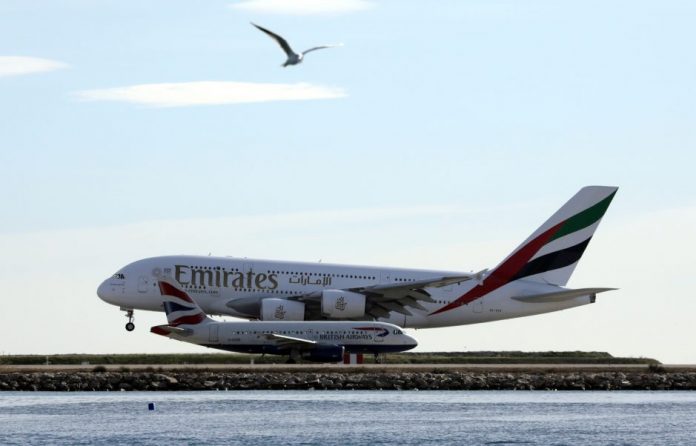 The UAE and USA have enjoyed the benefits of the Open Skies pact between both countries – however, US airline withdrawal from the UAE means that Emirates and Etihad have become the defacto beneficiaries.

While some US airlines continue to allege that the likes of Emirates has and continues to get state funding – an unproven allegation – it is with great irony that the likes of Delta Airlines, who enjoyed a 100% market monopoly between Atlanta and Dubai, instead elected to vacate and drop the route.

Emirates doesn’t even serve Atlanta and thus far hasn’t made any plans to do so yet either.

The continued expansion of Emirates has led to some pretty big headline-making news.

These orders – and that of my correct prediction of Emirates buying the 787 family last year, will not have been lost on the jobs-focused new administration of President Donald Trump.

And it is for this primary reason that the Trump Administration is likely to leave the USA-UAE Open Skies pact as it is.

The spinoff benefits to the wider US economy via jobs at Boeing, GE Aviation and the wider US aerospace supply chain supports hundreds of thousands of jobs.

Any revocation of that pact could conceivably force Emirates to defer or perhaps cancel 777X or 787 orders as per comments from Emirates President, Sir Tim Clark – but that’s unlikely to happen either.

For a start – Airbus has no offering that rivals the 777X and so, Emirates couldn’t go there for a replacement.

READ: Lebanon for sale for $22 million

Lest we forget, Emirates sensationally dumped an entire A350 order back in 2014 because the airplane family wasn’t up to the job for its needs.

That’s why the orders with Boeing will remain intact and that the Open Skies deal will too.

The Trump Administration will have looked far beyond the scope of some complaining US airlines and seen that Emirates alone has ordered more Boeing widebody airplanes in the last 20 years than American, Delta and United have combined in the last 25.

WATCH: Is Bitcoin ready for the mainstream?

And given the fact that no US airline can be bothered to serve Dubai either, why would the Trump Administration try to choke the one airline [Emirates] that does serve the US-UAE market?

US airlines wouldn’t gain. They still wouldn’t fly to Dubai, especially if there is no treaty in place which would effectively become a limited bilateral agreement. They won’t operate to Dubai now when they could launch many frequencies if they so choose.

But they do not.

And thus, Emirates will continue to benefit from the UAE-USA agreement while bystanders dither and do nothing. Most of all, passengers will appreciate this as much as the Trump Administration will.

50 injured in an airplane crash in Jeddah