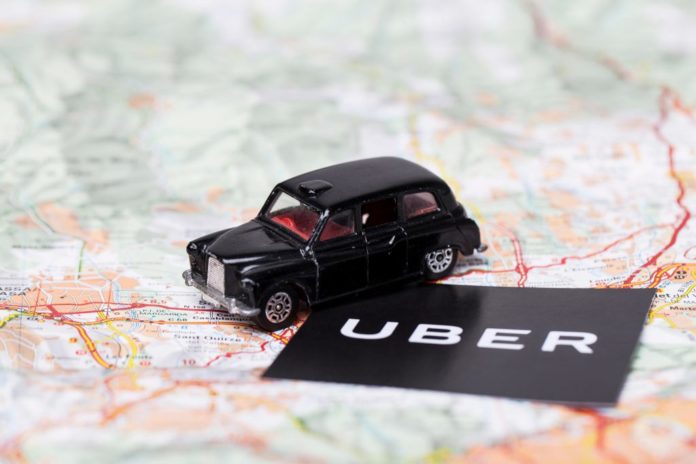 When deciding to register as a driver in one of the various ride-hailing apps in the Middle East, you generally have two options: Careem and Uber.

Careem just reached a milestone by having approximately 1 million drivers signed up to its platform, while Uber has been having trouble retaining its employees according to CNET.

GulfRetail looked into why Careem is driving job growth in the region, while Uber is doing the opposite.

Read: The rise of robo-advisors: The end for wealth management firms?

A job of a lifetime?

Captains and Captainahs (which is a title Careem has given to all their drivers, as a form of respect) are the bloodline of the organization and have a range of programs across the network to help boost their morale and growth.

The company set a target to have one million Captains and Captainahs on its platform by 2018 and today they announced they achieved this target one quarter early.

This was a success because the company had created a special Captain Experience team dedicated to understanding the needs of Captains across the network.

Careem’s strategy when hiring Captains is to invest in their long-term wellbeing. This means training them on their day to day services as well as beyond the car.

In the UAE, Careem has launched a “micropreneurship” initiative with BCG consulting where Careem Captains learn about time management, financial planning and people management skills and the importance of for overall well-being.

This allows Captains to not only become “micropreneurs,” but it also gives them an opportunity to move to corporate jobs within the organization.

Careem has also introduced a new “Taskforce program” with the help of some of their top-ranked and longest-serving Captains in a bid to increase the quality of rides regionally. Selected Captains in the force will be tasked with carrying out routine and random checks on their fellow Captains and providing them with feedback and mentoring on how they can improve.

As part of its commitment to safety and security, Careem also provides its Captains with health insurance schemes and in-ride insurance. That’s why Careem is said to be creating between 60,000 and 70,000 jobs per month across the region.

However, in recent years, Uber has entered the Middle Eastern market and has become a household name between tech-savvy millennials, foreigners, and women commuters.

UBER, using marketing techniques, has grown in the region exponentially, but unlike Careem, Uber does not disclose much of its operations to the public.

However, it is estimated that the company has approximately 3 million drivers worldwide, 700,000 of which operate in the US, according to BusinessOfApps, an online statistics portal. Most of those drivers are unhappy and either switch to Lyft, another ride-hailing app that is prominent in the US, or to Careem.

In Lebanon specifically, Uber drivers were unhappy. We went to Reddit to see what people said about the company.

Reddit user sketchyscoundrel says: “Every time I get in a car with an Uber driver here, drivers complain about how low fare prices are. Every time.”

A survey by The Informant, a news site, further cemented these claims stating: “It added up to low driver retention over the past couple of years,”

“Of 2.5 million drivers in about 75 countries, only 20% said they would stick with the company for more than a year,” The Informant added.

They have henceforth changed their strategies: “Drivers are at the center of the Uber experience,” Rachel Holt, the company’s vice president of operations and marketing in the US and Canada, said during a press call in March.

Read: GCC’s Apple Macs are under attack: Has the issue been solved?

But “we’ve underinvested in the driver experience, and relationships with many drivers are frayed.

“We are now re-examining everything we do to rebuild that love,” Holt continued.

Going into 2018, Uber says it wants drivers to have more of a voice within the company. It launched in-app feedback earlier this month that lets drivers suggest improvements anytime. And it created a driver advisory forum, made up of drivers from around the country who’ll be flown to San Francisco twice a year to discuss pressing issues with executives. The first meeting will be in January.

“Before it was more of an ‘us versus them’ attitude,” said Simon Kwok, a driver in Seattle who runs an information portal called Rideshare Dashboard. “It shows they’re somewhat committed to turning around their attitude to drivers.”

Similar comments have been seen from Middle East Uber drivers, with a Reddit user claiming to have spoken to more than one driver: “I’ve had this discussion with many Uber drivers. A lot of them seem satisfied with the service. It gives them work whenever they need it and a consistent income. I’ve not tried Careem.”

Uber, which claims to have over 200,000 drivers in Saudi Arabia, appears to be eager to support some of the initiatives being led by Crown Prince Mohammed Bin Salman which are underway in the Kingdom.

Those initiatives include lifting a ban on women driving in June this year, and with that in mind, Uber launched its Masaruky (‘your path’ in Arabic) initiative; a $267,000 program that provides driving lessons to underprivileged Saudi women.

Saudi women are rescuing the car industry in the kingdom