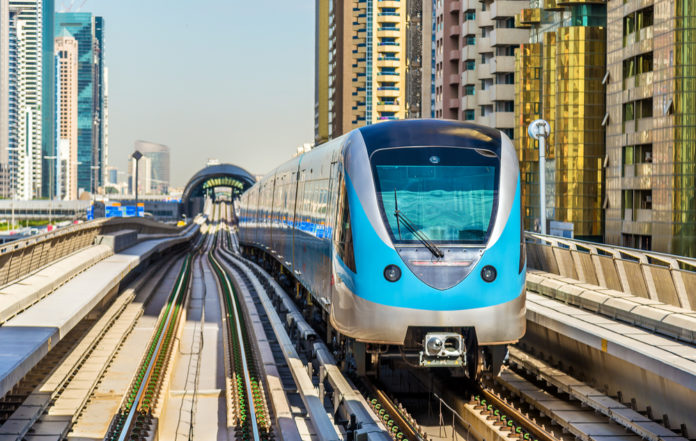 With railway and metro projects picking up steam in the Gulf, Bahrain is the latest in line attempting to develop such a project.

Yet, what could the impact of a metro railway system mean for the Gulf state with the smallest economy?

Metro in the works

Bahraini newspaper Al-Ayam has revealed in information from a transport ministry official that Bahrain is looking for bids to fund a new metro railway system in the fourth quarter of 2019.

The official, Dr. Abdulrahman Al-Janahi, who is an advisor to the transport minister, said that assessments of the plan had been completed and that the ministry was turning its attention to the bidding process.

He told Al-Ayam that the project is estimated to cost $1-2 billion, emphasizing that it will be a joint venture between the public and private sector, in accordance with the economy diversification efforts of Bahrain’s Vision 2030.

He explained that proceedings will take a bit longer than usual, as the private sector is involved.

READ: Can Bahrain be saved from a “terminal decline”?

What will the impact be on the country?

The project will be completed in 4 years, through 4 phases, Al-Janahi explained, and will enlist the services of foreign companies more experienced with building and running a metro system. This could draw in foreign direct investments in the future, as more foreign companies are drawn to the country.

The project, however, will still offer several jobs to locals, and give a boost to Bahrain’s economy.

The country’s unemployment rate is better than that of other GCC countries, many of which are using nationalization schemes to hire more nationals. World Economic Outlook data puts Bahrain at a 3.9% unemployment rate.

The 109 km railway system will be Bahrain’s first, as the country’s current public transport consists mostly of taxis and public buses, as is the case in many GCC countries such as Kuwait.

A metro system will help cut traffic in the country by the time it’s completed, but during construction? Not so much. Bahrain is the smallest country in the GCC, and any construction-related congestion would surely have a chain effect that could gridlock the entire country during periods of rush hour.

In the long run, taxi and bus companies could see a drop in revenue, as metro systems offer a more efficient, and potentially cheaper, alternative. This might lead to a drop in fare prices as competition ramps up between competitors.

Bahrain’s finances are in the red

“Bahrain needs a comprehensive package of reforms to reduce its fiscal deficits over the medium term,” the IMF said, implying VAT, Excise and bringing down spending while reducing subsidies.

Earlier in May, Reuters reported that the cost of insuring Bahrain’s sovereign debt against default has jumped to near multi-year highs that week of the 23rd because of concern the country will lose access to international capital markets, quoting bankers and debt traders.

Bahrain, it said, has a 23% chance of default in the next five years, even as oil being now around $80, but not easing worries about Bahrain.

“The International Monetary Fund estimates its budget deficit at 11.6% of GDP this year and predicts its debt will exceed 100% of GDP in 2019.

READ: Bahrain hotel sector going through a rough time, ME not much better

Bahrain’s metro will factor in the greater GCC railway plan

The GCC is currently overseeing the plans for a proposed “Gulf Railway,” a 2,177 km railway system that will connect all Gulf states. Khalid al-Olayan, representative of the General Secretariat of the GCC, said that by 2021, they hope to link 4 of the 6 states: Oman, UAE, Saudi Arabia, and Qatar by December 2021. Kuwait and Bahrain will not be joining the network before December 2023.

Like Bahrain’s proposed metro, each country will have its own local railway system, which will all feed into the larger network. According to Dr. Ehsan Bayat of the Bayat Foundation, Bahrain’s system will only contribute 36 km to the total length of the network. On the other hand, the UAE and Saudi will provide the greatest contribution, adding up to 1,347 km, more than half the total length.

This will bring a slew of unforeseen economic benefits to the country, as trade and travel between the GCC becomes easier than ever.

The network project had to be put on hold in recent years due to the drop in oil prices, which impacted all of the countries in the Gulf.

Saeed Al Suwaidi, acting CEO of Etihad Rail DB, said that transporting freight by rail has the potential to reduce carbon emissions in the UAE by 80%. A similar drop in carbon emissions could be seen across the GCC in coming years.

READ: What is Bahrain doing to ensure sustainable growth?