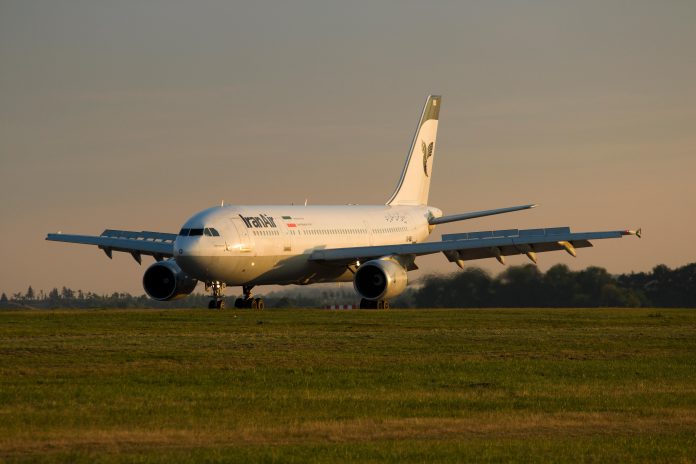 * Move has prompted complaints from Republicans in Congress

The move in the waning months of Democratic President Barack Obama’s administration to further unlock jetliner sales to Iran prompted complaints from Republicans in Congress and is likely to raise the ire of President-elect Donald Trump. Trump has said he would dismantle the 2015 international nuclear deal with Iran, which includes a measure allowing US and European companies to sell Iran civilian aircraft.

Licenses allowing such sales could easily be withdrawn by the Trump administration if he chose to do so, sanctions experts said. But he would likely face opposition from US allies and other world powers who were partners in negotiating the deal to lift some sanctions in exchange for Tehran curbing its nuclear program.

The US Treasury’s Office of Foreign Assets Control on Monday issued the license for the sale of 106 planes to Iran Air, a source familiar with the matter said on Tuesday, on condition of anonymity. An Airbus spokesman confirmed that the company had received the OFAC license, but declined to confirm the exact number of planes approved.

Although Airbus is based in France, it must have US approval to sell planes to Iran because at least ten per cent of the aircraft’s components are American-made. Tehran provisionally ordered more than 100 jets each from Airbus and Boeing this year.

Before the license was issued on Monday, Airbus had US permission for the sale of 17 jets to Iran.

Members of Trump’s transition team did not respond to a request for comment on the license.

Opponents of the nuclear deal argue that passenger aircraft could be used for military purposes, such as transporting fighters to battle US troops or allies in Syria, something Iranian officials deny.

(Qatar Airways talks to Boeing after more Airbus A320 problems)

The US Treasury says that the licenses it issues contain strict conditions to require planes be used solely for commercial passenger use, and not be sold or transferred to a sanctioned person or group.

Last week, the US House of Representatives passed a bill intending to block the sale of commercial aircraft to Iran, which would also affect sales by US firm Boeing.

The measure is unlikely to become law during the current Congress, as it would need to pass the Senate, where it would face stiff opposition from Democrats. The White House also said Obama would veto the measure even if it did pass the Senate.

On Tuesday, Speaker of the House Paul Ryan, Majority Leader Kevin McCarthy, and House Foreign Affairs Committee Chairman Ed Royce sent a letter to Obama asking him to refrain from trying to boost international investment in Iran or issuing new regulations, licenses or guidance on remaining sanctions in the last two months of his administration.

McCarthy said in a statement on Tuesday that Obama should not allow for the Airbus sale. “Actions like this underscore the need for the upcoming Trump Administration to review all options when it comes to this failed deal,” the statement said.

Confirming a Reuters report on the issuing of a second license, the US State Department said the Obama administration was not trying to push through Iran-related measures on its way out.

“This particular license that we’re talking about today isn’t new. It is something that has been in train for quite some time, as other licenses have been as well,” said State Department spokesman John Kirby in a press briefing. “There’s no Machiavellian intent here to push in any way outside the bounds of our normal commitments and obligations here in the final months of the administration.”

The deals by Airbus and Boeing to sell or lease more than 200 jets to Iran Air would help modernise and expand the country’s elderly fleet, held together by smuggled or improvised parts after years of sanctions. Iranian officials have voiced growing concerns about what they see as unfair delays in obtaining US licenses, or clarity over banking and financing rules.

Sanctions experts said Treasury licenses allowing such aircraft sales, and easing the way for other commerce with Iran, could easily be reversed by Trump if he chose to do so.

“The licenses can be withdrawn at any moment…so long as they’re not required by legislation, which is a very small number,” said David Mortlock, a former White House sanctions official.

The Airbus spokesman said that taken together, the company’s two Treasury licenses cover its entire 118-plane deal with Iran, implying that there is some overlap between the two licenses.

Some aircraft have been cancelled because of delays in receiving authorizations, and officials say Iran no longer plans to take delivery of A380 superjumbos, so the final tally is likely to be closer to 100 aircraft.

Will Saudi PIF buy more than 5% in a ‘Private’ Tesla?