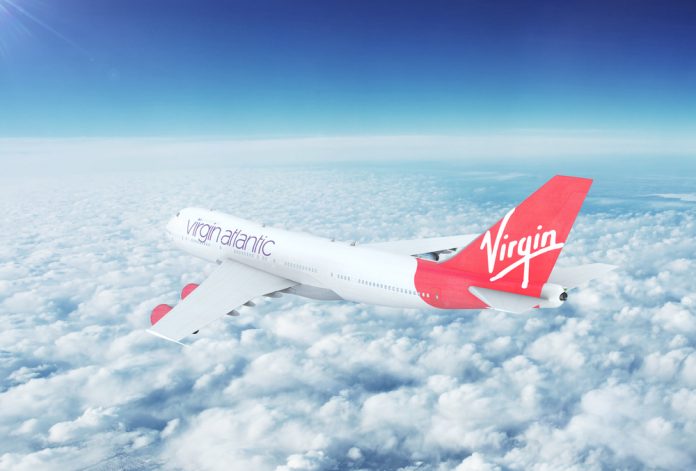 British airline Virgin Atlantic (VA) is giving up on a major market in the UAE for some perplexing reasons, citing increasing route costs.

Given recent information and promising forecasts from the UAE and the greater Middle East region, the decision is quite questionable.

The airline revealed last Wednesday that it will withdraw flights between London Heathrow and Dubai.

The move comes accompanied by a brief statement by the company that explained that following “a thorough review of its network”, the carrier found the route was “no longer economically viable”.

This decision comes a few weeks after Emirates Airlines announced a new route to London Stansted airport. This leads to a total of 10 daily flights between Dubai and 3 London airports: Gatwick, Heathrow and Stansted, according to the Dubai Media Office.

With Virgin Atlantic out of the picture, travelers are left with Emirates and British Airways (BA) as their two methods of air travel between Dubai and London.

According to UN data from 2017, UAE hosts 12,229 UK expats. Most of them are concentrated in and around Dubai, and Virgin Atlantic’s reasoning behind their decision seems in stark contrast with these numbers.

This could have come because of the larger market share a local airline such as Emirates owns. Furthermore, Emirates airlines should have lower operating costs in comparison with VA whose British origin most likely entails some heavy costs and taxes. Depreciation of the pound sterling in late 2016 following the BREXIT announcement has not helped the British airline, and the company reported a pre-tax loss of $37.3 million (£28.4 million) in 2017.

To look at this from a customer perspective, we compared a 7-day trip from Dubai International Airport to London Heathrow airport on both airlines, scheduled from November 1 to November 7. The cheapest option with Virgin Atlantic net a $785.4 (AED 2,885) price tag. The cheapest trip with Emirates arrived at $649 (AED 2385). That’s a $136 (AED 500) difference, which can be a deal breaker for some thrifty customers.

READ: 5 tips to avoid the 1 million passenger rush at DXB this summer

UAE remains a major investor in the UK

“Investments by Emirates airline support more than 29,700 jobs in the UK, including many at Airbus factories in Wales and the south west of England, and also Rolls-Royce in Derby, where engines for the planes are produced,” he added.

On the opposite end of the spectrum, the ambassador cited research which shows that out of all the British businesses looking to expand overseas, almost 70% would consider the UAE.

Airlines such as Virgin Atlantic, Emirates, and British Airways support this international trade, and with VA’s withdrawal, they could stand to hamper the ease of these dealings.

According to the International Air Transport Association (IATA), the Middle East’s aviation market is forecast to grow 5% annually until 2036. Predictions show the sector will witness an extra 322 million passengers a year on routes to, from and within the region and the total market size will expand to 517 million passengers over this period.

Official data puts the aviation and logistics sector as the 3rd greatest source of GDP in the UAE. Aviation will account for 16% and logistics at 15% of the nation’s GDP by 2025, according to the Khaleej Times.

With all these promising figures, Virgin Atlantic’s decision seems very puzzling. We will keep you informed on any developments.