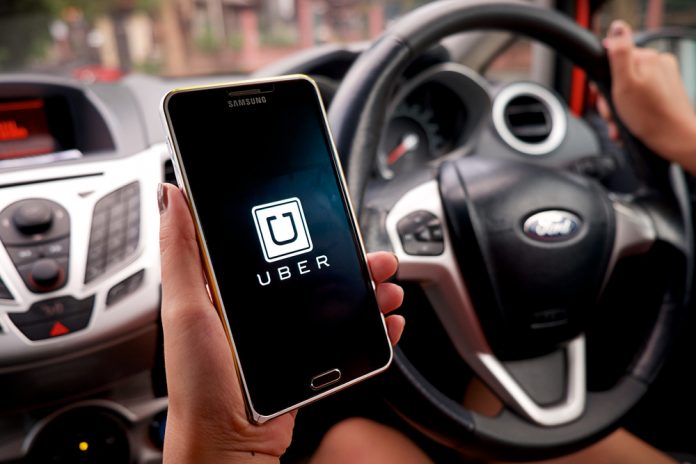 When Uber entered the UAE transportation market in 2013, citizens of the Gulf nation had an entirely new mode of travel available to them. While the new alternative for transport was quite alluring as a novelty, it might have contributed to a major problem in the country: rising traffic congestion.

While the ride-hailing app claims that their service leads to reduced traffic, a new report by transportation analyst Bruce Schaller has revealed that companies such as Uber and Lyft are actually making traffic worse rather than reducing it. The study was based on the American market, yet its findings could translate to the UAE.

This is because the study found that apps like Uber and Lyft added 5.7 billion miles of driving in the most populated cities, adding up to an overall 160% increase in driving on city streets. The UAE is known for its metropolises, where ride-hailing services have become part-and-parcel of the Emirati travel experience.

Ride-hailing companies, or Transportation Network Companies (TNCs) such as Uber and Careem, transported 2.61 billion passengers in 2017, a 37% increase from 1.90 billion in 2016.

As of 2017, at least 110,000 cars were in operation in Cairo and Giza as part of Uber and Careem, besides 80,000 cabs, said Saeed Taima, Chairman of the Transportation and Communications Committee in Egypt.

Forbes reports that in Saudi, more than one million riders took a trip during the past three months.

The study found that TNCs are used instead of personal autos mainly when parking is expensive or difficult to find.

In the UAE, however, commuters suffer from another problem: the sweltering heat. Public transportation, while limited in comparison to what is offered in cities like New York and London, is still not that popular. This is mainly due to convenience reasons, as well as the unbearable distress of waiting in the scorching desert sun. Personal vehicles, taxis and TNCs remain the dominant choices because of this.

Public transportation could see a rise in popularity in the future, when the country completes its metro and tram systems, hopefully easing road congestion.

Top causes of traffic in the UAE

There are several other reasons that cause traffic besides TNCs.

Road accidents, for one, remain a thorn in the RTA’s side. Of the 525 deaths in road accidents recorded in the UAE, up to December 23rd of 2017, 230 occurred as a result of speeding. Basically, 43% of road accidents were due to excessive speeding.

The UAE continues to go through a construction and real estate boom, which has done little to alleviate road congestion.

Schaller’s data reveals another cause that is still a ways off before it can be realized: autonomous vehicles. The mere fact that there are more vehicles on the roads, regardless of whether they are manned or unmanned, will only lead to more congestion, despite what Uber posits.

The company was in consideration to bring their carpool service to Dubai, dubbed “UberPool.” Yet, Schaller’s data again shows us that this won’t do much to reduce traffic.

“Shared ride services such as UberPool, Uber Express Pool and Lyft Shared Rides, while touted as reducing traffic, in fact add mileage to city streets. Even with these shared services, TNCs put 2.6 new TNC vehicle miles on the road for each mile of personal driving removed, for an overall 160 percent increase in driving on city streets,” the study revealed.

“Shared rides add to traffic because most users switch from non-auto modes. In addition, there is added mileage between trips as drivers wait for the next dispatch and then drive to a pick-up location. Finally, in even a shared ride, some of the trip involves just one passenger (e.g., between the first and second pick-up).”

READ: Is Egypt coming down hard on Careem and Uber?

Traffic the least of Uber’s problems

The years have not been kind to Uber. The company has been building quite the repertoire of scandals ever since it burst into the mainstream, with allegations of misogynic work culture, price hiking, and the death of a pedestrian after being struck by an autonomous Uber vehicle all contributing to a worsening public image of the company.

In December 2014, allegations arose surrounding Uber in India when one of their drivers supposedly raped a female passenger. Regardless of whether this was true or not, it brought into question the matter of vetting Uber’s drivers, and whether the company was carefully considering whom it puts in the driver seat. This was further corroborated when in 2016, a man who drove for Uber went on a shooting spree in Michigan, killing 6 people.

During late 2017, an Uber driver in Lebanon who had a drug-related history was arrested following the murder of a British embassy employee. Once more, this brought into question how stringent Uber’s vetting and profiling framework truly was.

Russia to start deliveries of helicopters to India in 2018GulfRetail