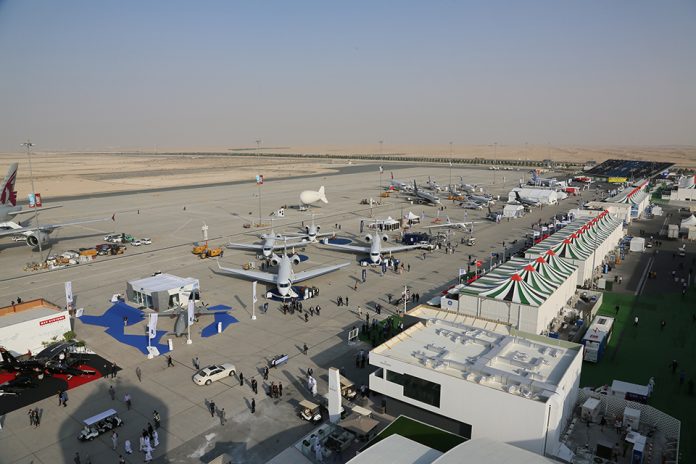 The Dubai Airshow has grown exponentially since its inception 30 years ago. Expecting over 1,200 exhibitors and 72,500 trade visitors across its five-day run from 12-16 November at the DWC, the show’s 2017 edition will be attracting global interest.

Other new exhibitors this year include Lubair Aviation from Hong Kong, Taurus Systems from South Korea, Bertin Technologies from France and TBS from Bulgaria.

Dubai’s geographical advantage has turned this show into a blockbuster event, the emirate being within eight hours flight for two thirds of the world and having established itself as an aviation hub between east and west.

“The Dubai Airshow has always represented the center of the aerospace industry,” says Michele van Akelijen, Managing Director of show organizers Tarsus F&E LLC Middle East. “Seeing the geographical representations of this year’s exhibitors demonstrates that the Dubai Airshow really is the place for the industry to do business.”