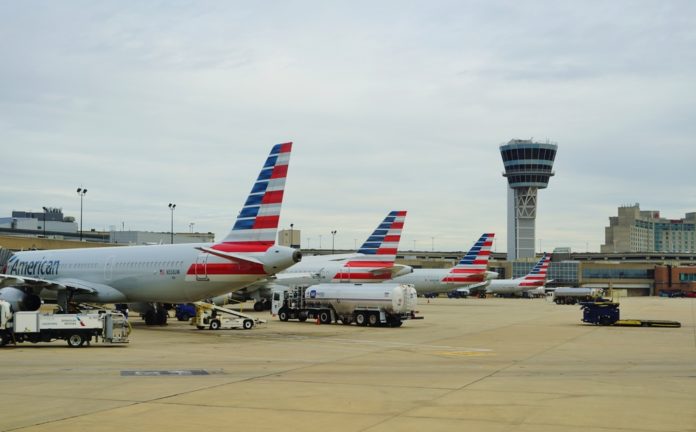 More planes quarantined: The cause is simpler than you think

After an Emirates Airlines plane was quarantined upon arrival at John F. Kennedy Airport in New York, media reports have surfaced explaining that 2 more planes that landed in Philadelphia have gone through the same treatment.

This, however, is no coincidence. All 3 flights had one thing in common, and it’s much simpler than you think.

On Thursday, two American Airlines flights landing in Philadelphia were quarantined upon arrival, for precautionary measures. One of those planes had departed from Paris, while another had departed from Munich.

According to CBS Philly, about 250 passengers on the plane were given medical screenings, and only 12 were found to be showing symptoms of illness.

This illness, however, turned to be nothing more than the flu, with common symptoms like a sore throat, and coughing, the Center for Disease Control (CDC) revealed.

Apparently, both flights had passengers originating in Saudi, most of which were partaking in the same event: The Hajj pilgrimage in the holy city of Mecca.

READ: Crew of quarantined Emirates possibly behind the “flu” incident?

No cause for fright: The cause of the problem is simple

Reading the news that planes have been quarantined, it’s easy to fall victim to epidemic fears, when in fact the truth is much simpler than that.

With Hajj bringing together so many people of different ethnicities in one place, it’s only normal for a common viral disease such as influenza to spread around. The CDC is suspecting a flu outbreak that has spread among pilgrims in Mecca, and these ill pilgrims are inadvertently causing the entire flight illness scare.

If the CDC and medical organizations confirm this cause, it could lead to tightening security procedures when it comes to admitting pilgrims onto planes.

In 2013, online site New Scientist addressed the annual spread of flu during the religious event, referring to it as the “Hajj cough.”

Perhaps in future years, medical checks can be conducted on pilgrims wishing to attend the yearly ritual to help curb the rise of the flu among attendees.

It’s not only planes that are being quarantined

The CDC had discovered that a norovirus had struck the passengers, leaving them with bouts of vomiting and gastrointestinal pains.

In 2017, a similar case was reported in Florida. A cruise ship was recalled back to port after 332 out of its 5000 passengers were found sick, CNN reported. The culprit was a norovirus that had spread among passengers.

How can you stay safe while traveling?

Official data by the CDC advises passengers to wash hands often, and to avoid contact with surfaces that are subject to heavy use, such as toilet stall door handles.

They also recommend keeping a keen eye for potentially infected passengers, looking for suspicious symptoms such as vomiting and excessive coughing.

You can find the full guide here.