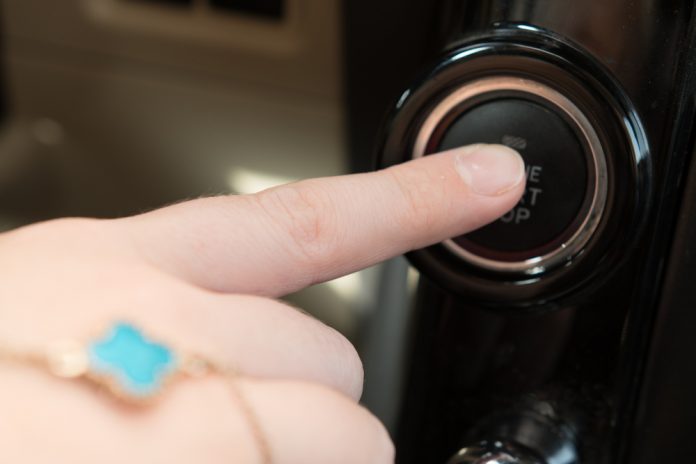 The 24th of June marked a historic moment in Saudi Arabia, women were finally allowed to drive in the Kingdom. The ban was lifted after a royal decree was issued by King Salman.

Meltwater, the leading online news and social media monitoring company, has analyzed the level of engagement around the trending topic in the below infographic.

Although the topic gained lots of traction globally, Arabic remained the top language used on social media around the “#SaudiWomenDriving” hashtag  (65%+).This does not come as a surprise since the majority of conversations were generated in Saudi Arabia (79%).

Some of the trending keywords around social media on the topic of Saudi women driving included “police officers” and “rose”.

Read: Three things a woman driver in Saudi can start doing this week

As the news broke that Saudi policemen were handing roses to female drivers around the Kingdom, social media users shared, liked and retweeted photos of the moment in action. 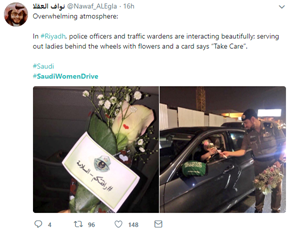 As for the sentiment analysis, ‘neutral’ posts are the most prominent (60%) as a large number of social posts are sharing the ‘breaking news’ and headlines. Furthermore, light humor is a common trend in KSA (humorous posts are also classified as ‘neutral’). 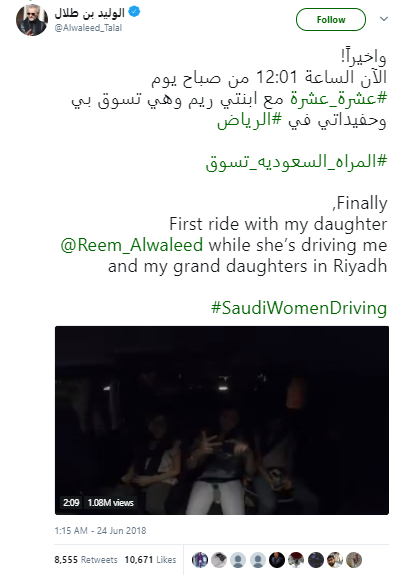 Some of the posts that received the most engagement include a tweet from Saudi Prince Alwaleed bin Talal, who shared a video of his daughter’s first drive in KSA at 12:01 AM (the video had over 1 million views).

Read: Independence Day: How carmakers are reaching out to KSA women

Automotive brands such as Nissan and Lexus also took to social media to congratulate Saudi women for the new milestone. Nissan has also recently been awarded gold at Cannes Lions for its #SheDrives campaign which has gained the public’s attention. 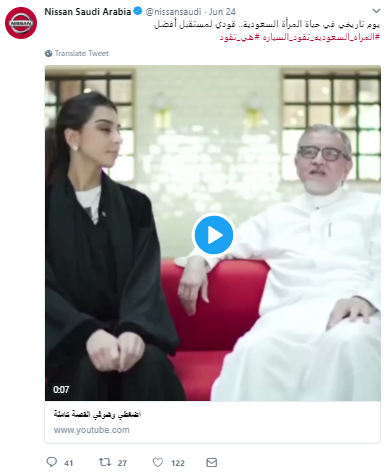 Lexus also partnered with Saudi media personality and influencer Muna Abu Sulayman for their #تستحقينها (‘you deserve it’) campaign.

Discussions regarding the topic are still gaining traction online, as Saudi women take the streets of the kingdom. Both automotive and non-automotive brands are joining in on the conversation as females in KSA celebrate this historic moment.

Meltwater will continue to monitor the online and social media conversations around the topic. Please feel free to reach out to us if you would like to gain more insights on social activity surrounding the hashtag/topic.

Using Meltwater’s social media monitoring tool, keywords such as ‘#SaudiWomenDriving’ and ‘#المرأة_السعودية_تسوق’ were tracked from the 17th – 24th of June, 2018. 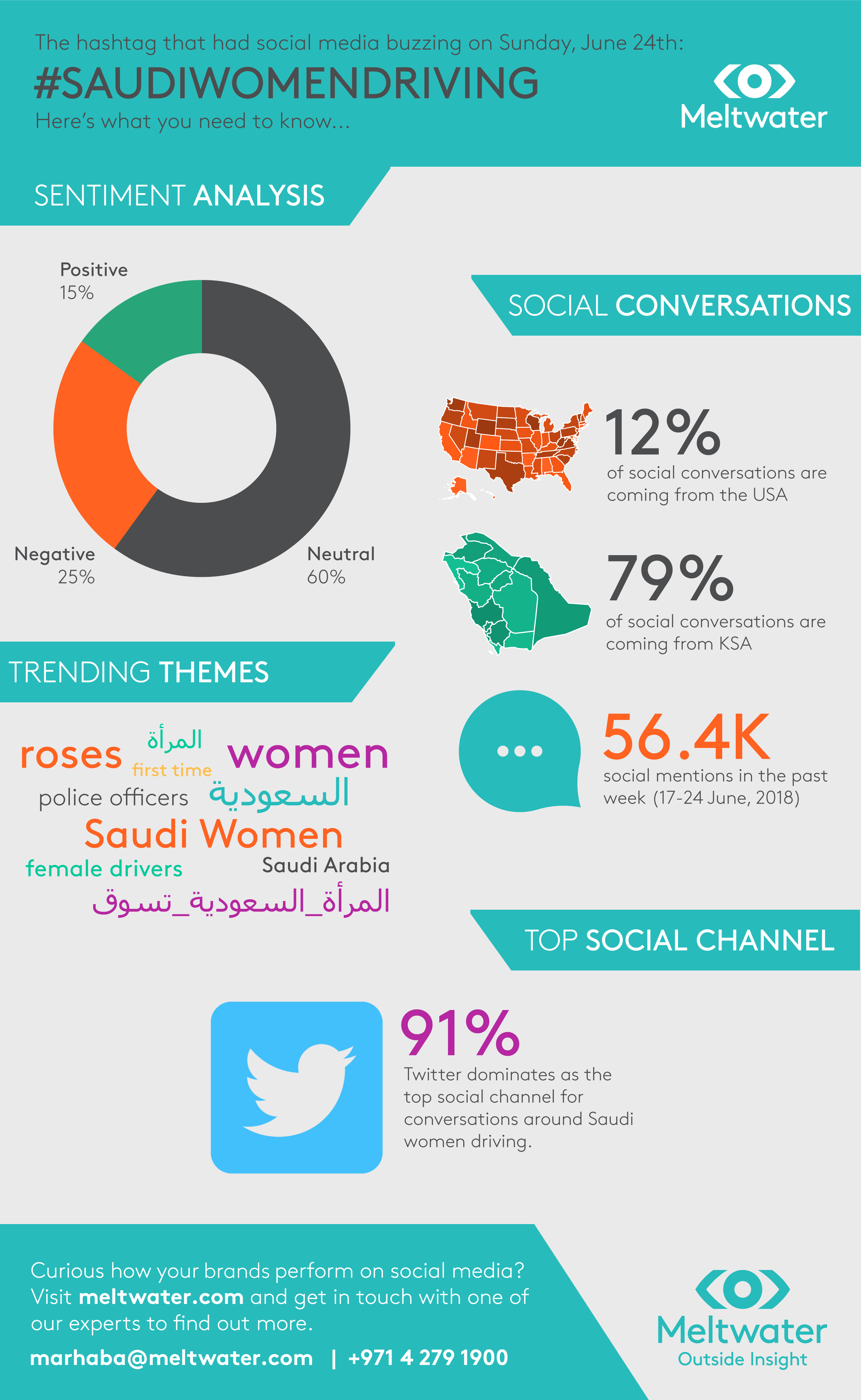 Hyperloop is promising a few futuristic designs, but will it be...