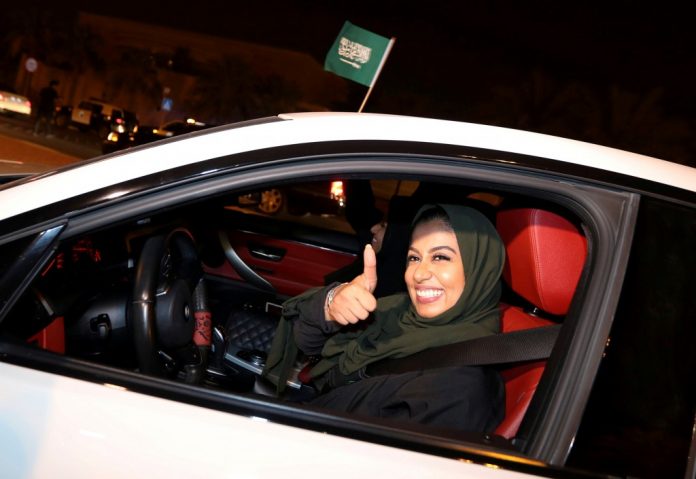 Saudi women have been gearing up for their first week of legally being allowed to drive. While they are celebrating by taking to the streets, car dealerships are smiling on their way to the bank.

A new graph by Statista, based on PwC data, has revealed the projected number of female drivers, as well as the forecasted car sales figures in 2020.

This is significant because Saudi Arabia represents the largest automobile market in the region, and car sales and imports figures from previous years had been stagnating. It makes sense why Crown Prince Mohammed Bin Salman would rewrite the old law at this very moment in time.

READ: Survey: How will life change now that Saudi women are driving?

Faisal Abushausha, chairman of the national committee for cars at the Council of Saudi Chambers, told the Saudi Gazette he expects a 6% to 10% increase in car sales with women starting to drive in the Kingdom.

He estimated the number of cars to be sold this year to cross 405,000. According to The Economist Intelligence Unit’s projections, “car sales will increase at a compound annual growth rate of 5.6% in 2018‑22—which balances the impact of stronger demand by women with the introduction of value-added tax (VAT) and the gradual decline of petrol subsidies”.

With this new decree, it seems everyone is a winner in Saudi.