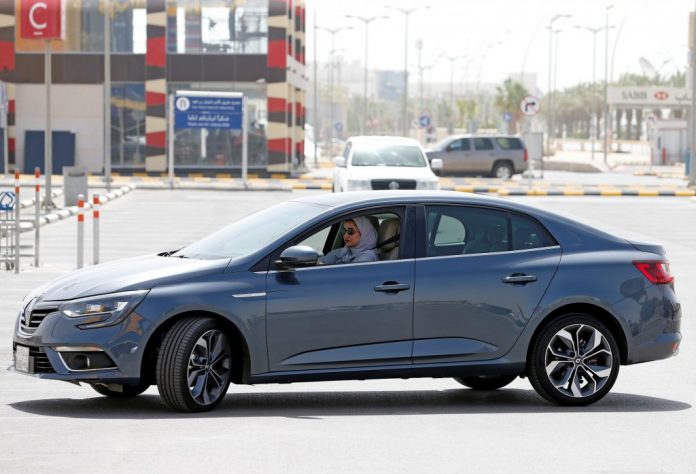 Whoever thought Saudi women would be greasing the wheels of Saudi’s economy?

They will now steer their own lives in the driving seat which will inadvertently have major ramifications on their country’s growth prospects.

Greater mobility, on the road and in the managerial hierarchy

A new study by online recruitment portal GulfTalent has discovered that 82% of Saudi women plan to take up driving this year. The survey found that women’s driving significantly enhances their chances of career progression, by giving them the mobility required for managerial positions and removing logistical barriers that have traditionally inhibited promotion to senior roles.

Hala, a Regional HR Manager at a construction company in Dammam told GulfTalent “Senior positions often involve working with employees in multiple offices across the region either within or outside the country, which was more difficult in the past without being able to drive.”

This sentiment was shared by several of the women surveyed.

Mai, a project engineer based in Jeddah said “Being able to drive will make me eligible for the position of project manager – as the role needs constantly moving between the office and project sites to supervise work.”

This new freedom will prove even more valuable to women living in villages and smaller cities, who have often had to commute and incur significant costs on a monthly basis to get to work, reported GulfTalent.

Furthermore, women can avoid the high cost of living in a city such as Riyadh and instead move to a more affordable town or neighborhood.

Audit firm PwC research shows that by 2020, an estimated 3 million women are forecast to be driving in Saudi Arabia.

Crown Prince Mohammed bin Salman’s Vision 2030 plan aims to lower the Kingdom’s unemployment rate from 11.6% to 7% and increase women’s participation in the workforce from 22% to 30%.

A picture of the greater economic situation

Saudi Arabia is the largest automobile market in the Middle East, with at least 405,000 cars expected to be sold this year, according to AFP. That’s down significantly from a few years ago, and the cost of buying a new car has gone up with the introduction of a value-added tax.

With women entering the market, car sales are expected to grow by 9% annually until 2025 as more women get behind the wheel, compared to 3% annual growth in the past four years, PWC said.

Ride-hailing apps Careem and Uber have already been strategizing to make up for the loss of their main customer: the grounded Saudi woman. They had begun training female drivers ahead of the ban lift to try and find their footing in this shifting market.

READ: Independence Day: How carmakers are reaching out to KSA women drivers

Car and insurance sales figures are bound to rise, as a previously untapped demographic becomes available to them. Ford embraced this upcoming change by launching a driving school program in the country, according to CNBC. This is most likely to instill customer loyalty and demonstrate social awareness.

Abdul Latif Jameel Motors, which is the authorized distributor for Toyota cars in Saudi Arabia, said it had deployed almost 100 female front-line staff in their showrooms to advise women who are looking for a new car.

Business owners will cut down on costs as the need for drivers gradually bottoms out.

“I have many drivers that I pay to transport my employees around,” Taghreed Ghazala, who owns a chain of beauty salons, told AFP.

“Now, I don’t need them anymore. My business will save money, effort and time and I can invest them to grow my business faster.”

This, in turn, brings us to the biggest losers of this new legislation.

BBC reports that out of 1.67 million foreign male domestic workers, 1.38 million of those are drivers in Saudi Arabia, according to the most recent official figures.

Abdullah Ahmed Al-Moghlooth, a member of the Saudi Economic Association, estimates that if the number of expatriate drivers was cut by 50% once the ban is lifted, the country could save as much as $5.3 billion (20bn Saudi riyal) a year on areas such as salaries and work permit fees.

However, the country saving in one hand could lead to high unemployment rates in the other, as well as the return of many expat workers to their home countries.

Al Rajhi Capital had calculated earlier this year that consumer spending is likely to remain flat until 2020, increasing just 3.8% over the period to reach $260.5 billion (SR977 billion), with expat spending hit the hardest.

Now, with the high amount of drivers that are about to potentially be laid off, expat spending could potentially sink even lower.

It is also worth noting that traffic levels could significantly increase in the coming months, as Saudi roads had never been planned to withstand the influx of Saudi women that are about to join the automotive market.

EXCLUSIVE: “Now, I have a choice.” One Saudi woman talks driving