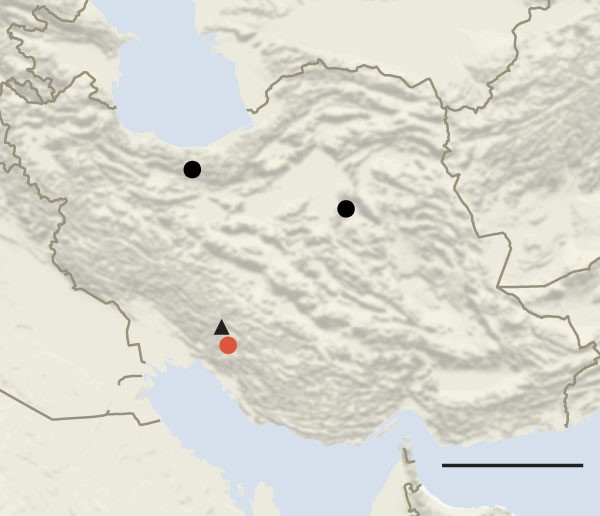 The plane crash in Iran is still fresh on everyone’s mind.

Any time a passenger plane falls from the sky and people die is tragic.

The immediate concern is to look for survivors and deal with the problem later, making sure it never happens again.

Well, first one needs to find the wreckage, and Iran’s latest air crash is a problem because of poor visibility, wind and foggy conditions being a mountainous location where the plane lost contact with radar and presumably crashed.

Now, there are news that the crash site was located and wreckage identified.

Was wreckage site located or not?

Search and rescue forces on Monday located the crash site of a plane in Iran where all passengers and crew were killed, according to Iran’s Press TV.

To recap, the plane was carrying 60 passengers and six crew members, when it disappeared from radar screens 50 minutes after takeoff, according to state media.

The Chicago Tribune said that other Iranian news outlets and officials did not confirm that the crash site had been reached.

BBC reported that search and rescue teams are continuing to look for the  plane that crashed in bad weather on Sunday.

“Local government officials reported that the wreckage had been found, but a Red Crescent official later said there was no evidence of this,” said BBC.

Transport Minister Abbas Akhoundi left Tehran on Monday to visit the site of the crash, state TV reported and quoted him as saying the cause of the crash was still not clear.

He said there was “total ambiguity” surrounding the crashing of the  ATR-72 twin-engine turboprop used for short regional flights, which was en route to the southwestern city of Yasuj from Tehran on Sunday morning.

Reza Jafarzadeh, a spokesman for Iran’s Civil Aviation Organization, said a seven-member delegation from France is to arrive in Tehran on Monday to investigate the cause of the crash, the official IRNA news agency reported.

Who or what’s to blame?

Was is clear is that aging planes fall down from the sky more often than modern fleets do .

According to Statista, in the course of just one week, two commercial passenger airliners have crashed.

“On Sunday, February 11, 71 people lost their lives when an Antonov An-148 airliner crashed shortly after taking off in Moscow and seven days later, on Sunday, February 18, the ATR-72 crashed an hour after leaving Teheran airport,” said Statista.

“Aviation experts point out that the loss to fleet size ratio in Iran is high. This is also said to be due to the impact of economics sanctions which keep Iranian airlines from modernizing their fleet.”

Overall, since World War Two, most aircraft were lost in the United States, according to the Aviation Safety Network

Read: Which rival is Facebook losing its audience to?

Iran’s latest crash involved a plane that was 25 years old, according to Iran’s civil aviation organisation.

The New York Times said that under decades of international sanctions, Iran’s commercial passenger aircraft fleet has aged, and it has regularly suffered accidents in recent years.

“The sanctions prevented the oil-rich country from updating its fleet, forcing it to use substandard Russian planes and to patch up older models far past their normal years of service, using spare parts bought on the black market,” it said.

The ATR-72 involved in the crash on Sunday was a French-Italian aircraft introduced in the late 1980s with the Aseman fleet being delivered from 1993 to 2009.

“The country has struggled to obtain spare parts to maintain its planes in the face of international sanctions,” according to Statista. 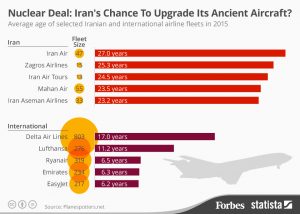