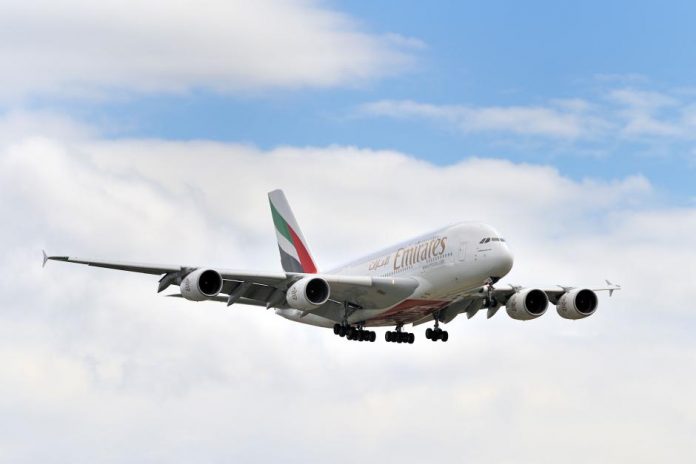 Dubai’s Emirates Airline has announced that it will temporarily cut its daily non-stop service to New York’s JFK down to twice a day.

In a statement sent out to the media on Monday, the largest international airline in terms of passenger traffic confirmed that the changes will take from June 4 until June 20, and will resume normal operations from July 1.

The latest announcement comes less than a month after the airline said it was going reduce flights on five US routes from next month citing a drop in demand after heightened restrictions imposed by President Donald Trump’s administration for travellers from Muslim-majority nations, with latest being that passengers cannot carry electronic devices into the main cabin.

“The recent actions taken by the US government relating to the issuance of entry visas, heightened security vetting and restrictions on electronic devices in aircraft cabins have had a direct impact on consumer interest and demand for air travel into the US,” an Emirates spokeswoman said.

“Over the past three months, we have seen a significant deterioration in the booking profiles on all our US routes, across all travel segments,” she added.

Emirates president Tim Clark, who called the ban disruptive, said last month that demand to the US had fallen by about a third since Trump’s orders.

Emirates, which now flies to 12 US destinations, said it will cut direct flights to Fort Lauderdale and Orlando to five a week in May from the present one a day.

The airline will also reduce its twice-daily flights to Seattle and Boston in June to one a day, with a similar frequency for Los Angeles from July.

After the cuts, the number of U.S.-bound flights from Dubai will drop to 101, down from 126 currently.

Interestingly, the chief of Dubai International earlier said the ban will not significantly affect passenger numbers.

“If we are very, very diligent in both communicating exactly what the restrictions are and actually have an efficient process to deal with the situation, I don’t suggest it will have an impact on numbers,” Dubai Airports Chief Executive Paul Griffiths told DubaiEye radio in March, adding that a “very tiny proportion” may choose to switch airlines.

Emirates and other affected airlines have introduced new measures to minimise the impact of the electronics ban, such as free Wi-Fi and laptops check-in at gates. But apparently the new services have not been of much help to the airlines, which are already faced with falling demand.

Emirates said last month that it was introducing a “laptop and tablet handling service” for U.S.-bound flights which would allow passengers to use their devices until just before they board. The devices would be “carefully packed into boxes” and returned on arrival in the United States, it said.

Turkish Airlines said it was working on rolling out a system to allow passengers to use 3G data roaming on mobile phones to connect to the Internet in-flight, and planned to make WiFi freely available on some aircraft from next month.

Reports have suggested that bookings to the US have drastically declined following the first travel ban in January,

No American carriers were affected by the ban, because none fly directly to the US from the airports covered under the ban.