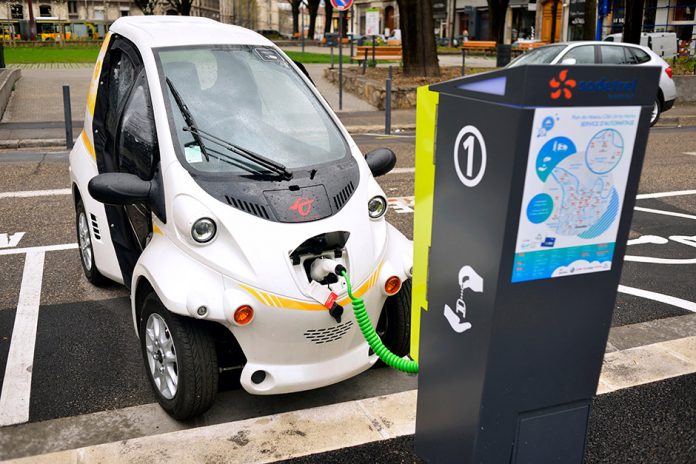 Are you in the habit of looking at your gas gage to see whether you need to fill up?

This is one habit you need to change and soon, because one car is promising you 250 km of drive time per day without needing a gas station, any gas station.

Selfdrive.ae, an online car rental portal, became the first to offer electric cars in Dubai at introductory price of AED 5 per hour ($1.36) with a minimum billing cycle of 24 hours and a range of 250 kilometres per day.

Renault Zoe electric vehicles can be rented through selfdrive.ae, and are available to local residents, visitors, expats and corporate clients, according to a statement published in the media.

Selfdrive’s move in the emirate marks an important beginning for the new technology to be launched widely and it is indicative that electric vehicles are moving forward.

But what other incentives is the emirate offering to encourage the use electric cars?

WATCH: The next 10 years in car tech revealed

To start with Renault Zoe’s electric vehicles can be rented at a fairly good price, $1.36 per hour, meaning that a client who wants to rent it for 10 hours would pay $13.6 compared to $14 minimum charge to be paid in return for renting any small gas powered car in the emirate.

This should certainly encourage environment conscious people to resort to EVs instead but with gasoline prices still subsidized such as in the UAE, car renters will not feel financially motivated to make the switch.

Globally, Enterprise and Hertz, the two largest U.S. car-rental companies, confirmed that they have been reducing their fleet of EVs because of a lack of demand due to low fuel prices.

However, Dubai is making huge efforts to introduce electric cars on the emirate’s streets.

Furthermore, DEWA has announced plans to increase the number of charging stations to 200 stations in 2018.

On September 27, 2017, DEWA and the Road Transport Authority (RTA) announced four incentives to help increase the number of plug-in cars, from free public parking and charging to toll-fee exemption and discounts on the plug-in car’s registration.

Saeed Al Tayer, Dewa’s managing director and chief executive, said that the Dubai government had previously set the tariff for charging EVs by the green chargers at 29 fils per kilowatt hour (kWh), but now until the end of 2019, public charging stations will be free. “This is significant savings compared to fuel-powered cars,” he said.

Also, in August, 2017 DEWA has announced the launch of Green Charger, a faster charging option for electric vehicles.

“The new Fast Charger is designed to provide a much faster experience for customers with electric vehicles, with up to 80 percent of a battery being charged within 20 to 45 minutes,” as reported by Timeout Dubai.

But who started commercializing EV rentals in the world?

According to CNBC, Uber has started by offering its customers the option to ride in one of 50 new Tesla electric-powered vehicles in Dubai.

In October 2017, Uber launched a new UberONE option through its smartphone app, which allows users to choose a Tesla Model S or Model X electric car specifically for his or her ride with a slightly higher fare.

The UberONE service comes via a partnership with Dubai Taxi Corporation, which announced it would add 200 Tesla Model S and Model X vehicles this year.

The statement clarified that the company’s subsidiary Xchange Leasing will purchase electric vehicles and lease them to drivers in the Portland area with a target of making 10 per cent of Uber vehicles in Oregon electric by 2019.“Uber sees strong potential for clean vehicle technologies,” the Time quoted Bryce Bennett, Uber’s Oregon general manager, as saying.