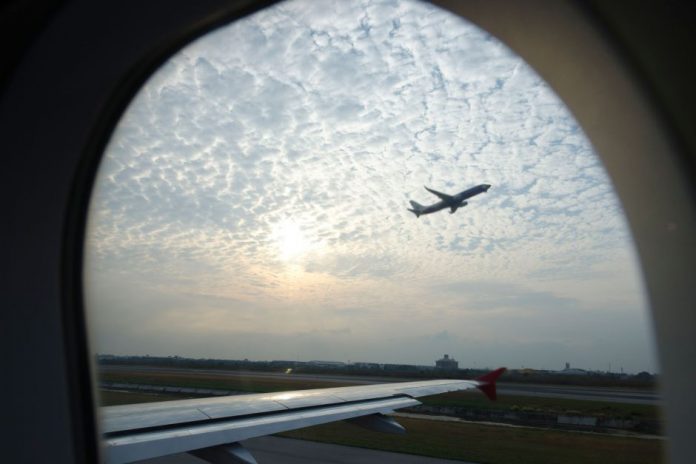 Abu Dhabi’s Etihad Airways has named temporary replacement for its long-serving president and group chief executive officer (CEO) James Hogan, who will step down on July 1.

Etihad said on Monday that Ray Gammell will replace Hogan as the interim CEO and will assume full management responsibilities starting today.

Gammell is the airline’s parent company Etihad Aviation Group’s current chief people & performance officer and has been a member of the executive leadership since joining the business in 2009, the company said in a statement sent out to the media.

It has also found a replacement in Ricky Thirion for James Rigney, who will also leave the company on July 1 as group chief financial officer. Thirion joined Etihad Airways in 2007 and is the current SVP Group Treasurer.

In another development on Monday, Dubai’s Emirates Airline has announced that it will temporarily cut its daily non-stop service to New York’s JFK down to twice a day.

In a statement, Emirates confirmed that the changes will take from June 4 until June 20, and will resume normal operations from July 1.

Last month, Emirates said it will reduce flights on five US routes from next month citing a drop in demand after heightened restrictions imposed by President Donald Trump’s administration for travellers from Muslim-majority nations.

The shocking announcement on April 19 by the largest international airline in terms of passenger traffic came barely a month after US banned passengers from carrying electronic devices into the main cabin.

Meanwhile, in yet another development in the region’s aviation sector, Lebanon’s national flag-carrier airline Middle East Airlines (ME) and Turkish Airlines (TK) have signed a new codeshare agreement.

Turkish company said the agreement will be effective as of May 15th, covering routes between Turkey and Lebanon, and expanding travel opportunities for passengers of both airlines.

Under the terms of the agreement, Turkish Airlines will operate three daily flights on Istanbul-Beirut-Istanbul route, while MEA will be operating 2 daily flights Beirut – Istanbul –Beirut route.