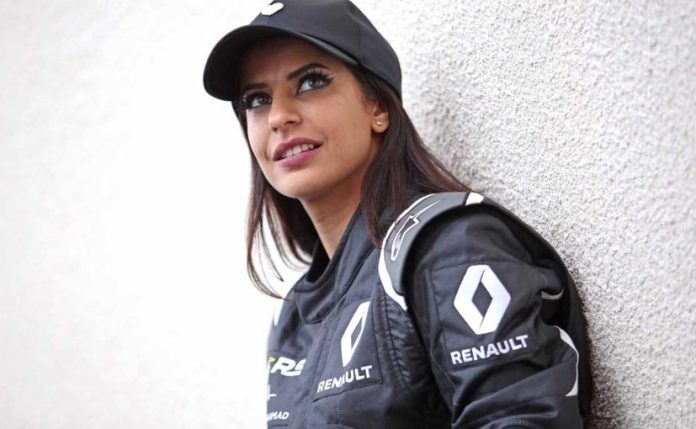 What better way to mark Saudi women’s triumphant new freedom of driving, than for the first ever Saudi woman to drive at the French Grand Prix Formula One circuit?

Aseel Al-Hamad, entrepreneur and board member of the Saudi Arabian Motorsport Federation, had driven Formula One cars previously, but never before an audience of tens of thousands of GP fans. And on Sunday, to celebrate her country’s new act of female empowerment, she drove a Lotus Renault before the main event to commemorate this momentous occasion, Reuters reports.

“I believe today is not just celebrating the new era of women starting to drive, it’s also the birth of women in motorsport in Saudi Arabia,” she told Reuters.

Aseel was also the first woman to import a Ferrari into Saudi Arabia. Her passion for motorsport has been lifelong, and she hopes more women, and particularly young girls, will join her in exploring this field that had been sealed off to them before.

“I believe today is not just celebrating the new era of women starting to drive, it’s also the birth of women in motorsport in Saudi Arabia,” she told Reuters. 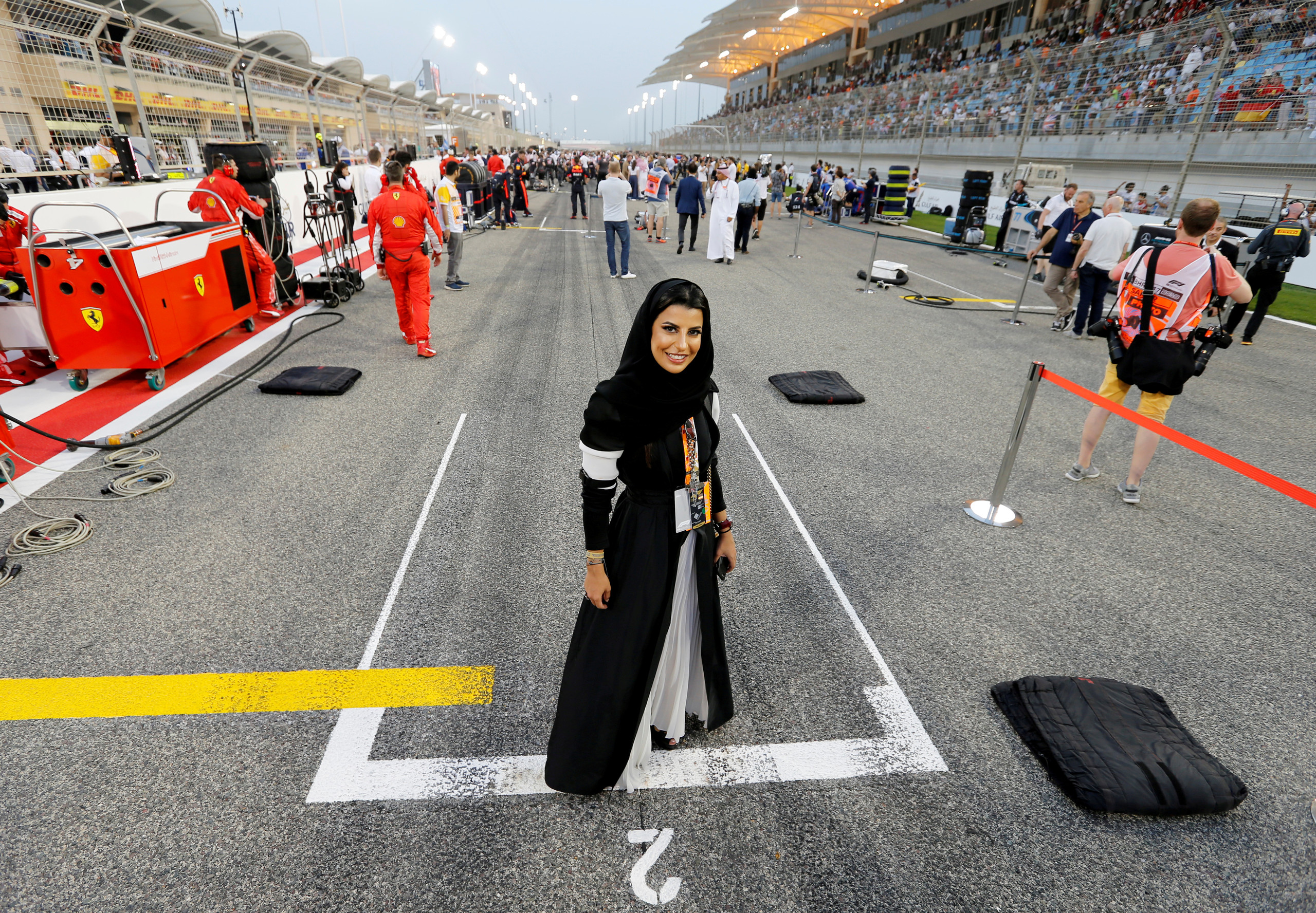 120,000 women join Al-Hamad in her belief, as Saudi Arabia’s Interior Ministry revealed that this large number of women has applied for driving licenses since the ban lift.

Getting their motor running

Saudi women are making their first steps into the automotive industry, be it the civilian side or the motorsport side. Back in January, Reuters reported that the Kingdom had opened its first female-only car showroom. This is unheard of in a country whose sales staff is primarily male.

On the ride-hailing side of things, Uber and Careem are also taking steps to incorporate these women into their business. Careem now hires “Captinahs”, female licensed drivers reserved only to other women and family groups, in keeping with the nation’s conservative values.

The General Directorate of Traffic and Najm Insurance Company announced this week that it has trained 40 Saudi female accident inspectors, further bringing women into the vehicular fold.

The need for speed

Saudi Aseel Al-Hamad joins many other Arab women who have made a name for themselves in motorsport.

Her UAE neighbor Amna Al Qubaisi, is the first Emirati female go-kart rider. At age 18, she is a shining beacon of hope for other young girls and women hoping to make it in motorsport. They were inspired by their father, businessman and pro racer Khaled Al-Qubaisi, who competes in the Porsche GT3 Club Challenge.

“I see myself as a role model but also representing women in a good way. I’m not just representing the UAE but the entire Arab world. I want to show the Arab world and foreigners that we (Arab women) are capable of doing anything… It’s a big change and it’s breaking the paradigms and it’s breaking barriers and that’s what we want. We want to make a good cause and something beneficial for the Middle East,” Al-Qubaisi told Arab News.

Up north, Palestinian Noor Daoud is making a name for herself as the first female Arab pro drifter, using squealing and screeching  tires to announce their presence on the scene. She is part of a larger all-female group, the Palestinian Speed Sisters who compete on the West Bank’s professional car racing circuit. 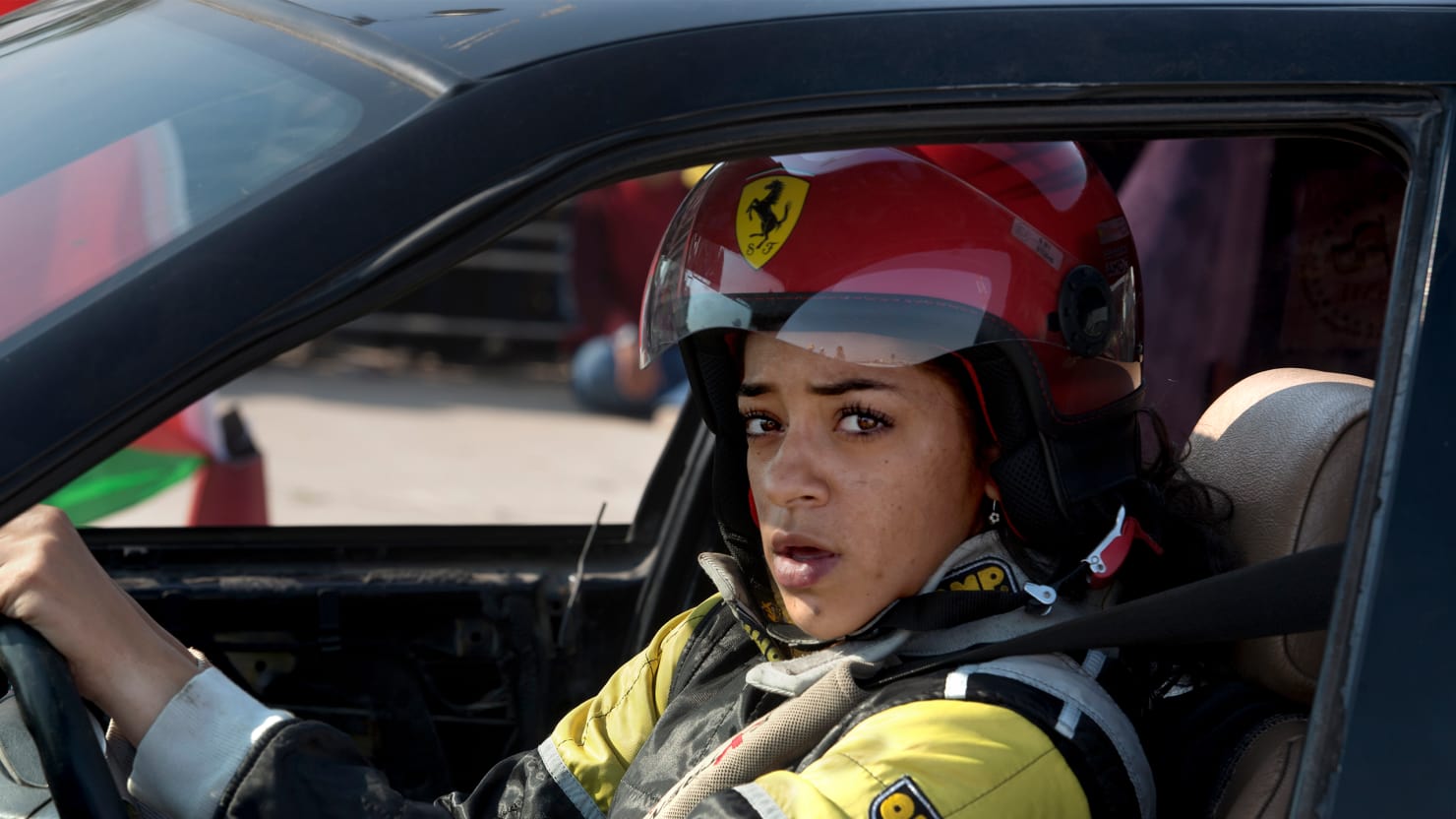 The Speed Sisters also include Marah Zahalka, who hails from a Jenin, a city in the Occupied Territories. AboutHer.com explains that “she found her passion for racing at 17-years-old, when a family friend took her to an autocross race and let her take his car for a spin around the track and was hooked from that moment.” She is the Speed Sisters’ youngest member.

We cross the Mediterranean Sea from the West Bank to head to Egypt, where we have Yara Shalaby, Egypt’s first and only female rally driver. She is 36, is an IT specialist at a bank, the single mother of an 8-year-old boy and an adventure junkie, ESPN quips. Shalaby was selected by the sport’s governing body, the International Automobile Federation, or FIA, with eight other female racers from around the world for a training course in Qatar in 2015. Today, she races for her country, and for all other Egyptian women with a penchant for motorsport.

Now, the path is open for Saudi women to follow the lead of these pioneers or perhaps carve new opportunities for others to follow.

These new look autonomous cars could make you hungry!

What do 3D printing, AI, & blockchain have with UAE Aerospace?