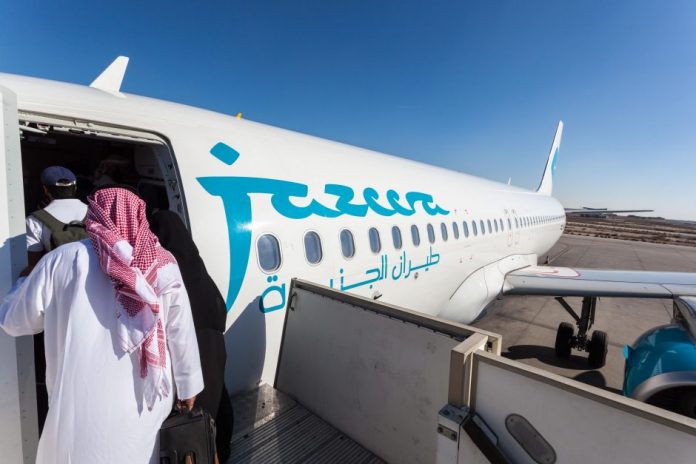 Lost amidst the hype of other regional airlines, 2004 born Jazeera Airways of Kuwait takes a low-key approach to success.

The low-fare carrier is not about fanfares, yet it’s garnering its share of fans.

Jazeera Airways added three new routes in2017 and is aiming to fill close to 80% of available seats in 2018, according to Ramachandran, speaking to Reuters at an air show in Kuwait.

Read: Emirates Airlines holds the key to the survival of A380 aircraft

Over the past two decades, low-cost carriers have turned the airline industry upside down, where in 2016, accounting for 28% of all passenger traffic around the world, up from 10% in 2014, according to Business Insider.

According to CAPA center for aviation, Jazeera Airways operating profit were up 38% in Q3, 2017.

Read: How does Kuwait reduce a $23.6bn budget deficit? Layoffs!

Ramachandran said Jazeera Airways was increasingly focusing on improving ancillary revenue, including through food and beverage and baggage charges.

“Jazeera Airways will release its 2017 financial results in the coming weeks,” Ramachandran said.

In  November 2017, Reuters reported that Jazeera Airways is likely to place an aircraft order in 2018 to expand and replace a fleet of around 15 jets.

“The order is likely to be placed by the end of 2018,” he said, declining to say how many aircraft Jazeera Airways would be ordering.

See this: Kuwait is another example why Bitcoin’s future in the region is threatened

“The Kuwait-listed airline has not decided how it would finance the order, but it is debt free and has $100 million in cash reserves,” said Reuters.

Reuters added Jazeera Airways is ordering two jets to its fleet of seven A320 aircraft by February 2018 while Ramachandran said a further five to six leased jets would likely be added until 2022 when it would start taking delivery of the aircraft order.

“Jazeera Airways is expanding in South Asia, having started flights to Hyderabad in India this month, and also looking at adding more routes to neighboring Gulf countries and to the former Soviet states in Central Asia,” said Reuters.

Ramachandran said the airline is interested in finding a partner to start long-haul flights and Reuters said Jazeera Airways has previously expressed interest in buying state-owned Kuwait Airways, which the government has considered privatizing.

Read: Saudi Alwaleed’s Kingdom Holding could be crumbling as negotiations near end

Bloomberg said early last year that Kuwait’s Jazeera Airways had delayed a planned expansion into long-haul flights to focus on extending its existing network to serve the Indian subcontinent.

Jazeera, which has previously been limited to operations within the Middle East, would start operating to Hyderabad in India and Lahore in Pakistan before adding Delhi, Mumbai and Chennai later in the fourth quarter 2017.

Bloomberg said expanding into long-haul flights will require Jazeera to further build up its regional network, and will also have to wait until the completion of a new terminal to be used by the carrier at Kuwait International Airport, scheduled for the first quarter of 2018.

Long-haul flights could generate $300 million in sales within two years and $500 million within five years, according to estimates in February 2017, Bloomberg said.

What will be the busiest airport in the world by 2023

Is Egypt coming down hard on Careem and Uber?