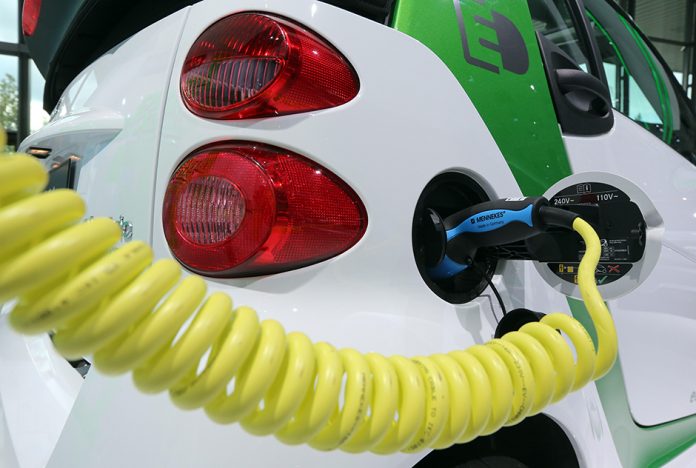 Like UAE, Saudi Arabia has recently decided to take part in the race towards power shifting to electric vehicles (EVs).

“Under the agreement, fast-charger stations will be developed to charge EVs in 30 minutes. SEC will borrow three EVs from Nissan while Tepco and Takaoka Toko will provide three fast chargers,” said a media statement.

“Such a move is part of the company’s strategy to reduce reliance on oil and cut emissions,” SEC said.

Automakers are increasingly shifting from internal combustion to hybrid and now racing to develop EVs by heavily investing in the new technology.

Nissan and BMW increased their presence in the EV market during September 2017.

Other car manufacturers are expanding their production to EVs or planning to manufacture EVs, including Kia, Chevrolet, Ford, GM, Jaguar, Land Rover and many other manufacturers.

Must read: 7 questions with aviation expert Saj Ahmad: No need to buckle up!

“It will be available to the public by the end of 2018 in Dubai, and later in Jordan. There will be a worldwide release of another electric model in 2019,” said Forbes.

As for car giant Ford, it announced that it would accelerate its electrified vehicle plan in the Middle East by launching four new hybrid vehicles over the next four years, according to a statement published in November this year.

The company said that Ford F-150 Hybrid was the first vehicle to be confirmed for launch in the Middle East as part of the plan.

“The purchase will see Bee’ah have the first and largest fleet of Tesla trucks in the Middle East, which are expected to come fitted with Tesla Autopilot that allows semi-autonomous driving on motorways,” it said.

Check this: The quirky world of crypto: Fans, bans and traffic jams

It added that production of the electric trucks is due to begin in 2019, so the first delivery is expected in 2020.

Bee’ah, which has a current fleet of over 1,000 vehicles, said the Tesla Semi trucks will primarily be used for waste collection and transportation, including transportation of materials for recovery, according to the media.

“Running on battery power, the trucks are guaranteed for 1.6 million kilometres of usable life, while carrying 36,287 kilograms of cargo,” it said.

Tesla and other electric car models will be taking part in the Electric Vehicle Road Trip (EVRT), a nine-day road trip which will see a convoy of all-electric powered vehicles drive through the deserts of Abu Dhabi, the mountains of Oman and along the rugged coastline of the Northern Emirates.

Setting off from Abu Dhabi on January 18th, the cars will visit Madinat Zayed before driving to Sohar in Oman and on to Muscat.

Members of the public are encouraged to join the convoy in their local area for their chance to test drive an electric vehicle and learn more about the fantastic financial and other benefits of owning one through the experts at Emirates NBD, who offer special rates through their Green Auto Loans.

A step by step Guide to car buying in the UAE