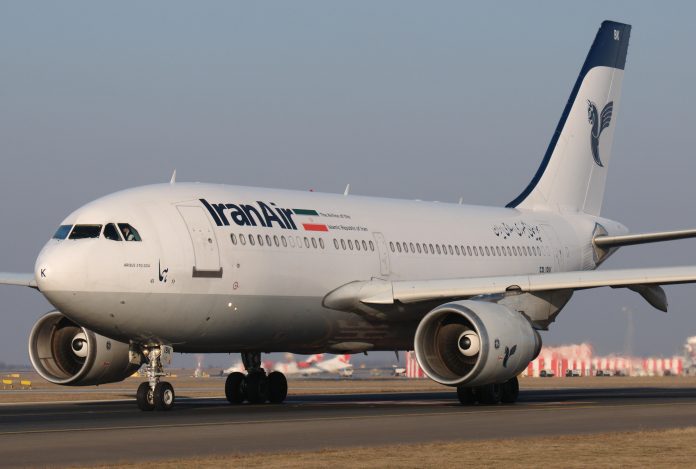 * Says finalised 100-jet Airbus deal, to be signed this week

* Dismisses claims civil jets could be used to supply arms

Iran expects to get its first new jet within weeks under a multi-billion-dollar deal with Airbus for 100 planes, a senior official said on Monday, as Tehran and Western firms race to reopen trade almost a year after sanctions were lifted.

The first of the Airbus jets should be delivered in mid-January, part of plans to buy or lease 200 planes to renew IranAir’s decaying fleet, against a backdrop of conservative criticism in both Washington and Tehran of last year’s international sanctions deal to allow such business.

Sanctions were lifted in January but were followed by months of regulatory delays, and Iran has only just finalised a deal to buy 80 jets from Airbus’ U.S. rival Boeing.

“We have finalised negotiations with Airbus and any day we will be able to sign the deal in Tehran,” Deputy Roads and Urban Development Minister Asghar Fakhrieh Kashan told Reuters in a telephone interview. “We are expecting some final clearances and expect to sign today or tomorrow.”

(US grants second Airbus license to sell planes to Iran)

The first Airbus A321 could arrive before the January 20 inauguration of U.S. President-elect Donald Trump, who has opposed the deal to lift most sanctions on Iran in exchange for curbs on its nuclear activities, and well ahead of Iranian presidential elections in May next year.

That could provide a boost to the government of President Hassan Rouhani and allow Airbus to find a home for some jets abandoned or deferred by other customers due to economic problems in South America and elsewhere, analysts say.

Airbus, which has revised up its forecasts for Iranian domestic demand, said it was still negotiating the IranAir deal. The airline sees itself as a future rival to Gulf-based super-carriers due to its geographical position.

Such deals are also under fire from U.S. Republicans.

President Barack Obama’s outgoing administration has granted licences to allow the sales, a step required by both Airbus and Boeing due to the use of U.S. parts, but analysts say completing them depends in part on Washington’s new political climate.

Asked whether either deal could be derailed if Trump imposes new restrictions on trade with Iran, Kashan said: “We are not concerned, although we should not ignore such a possibility.

“The fact is that Mr. Trump may impose certain new sanctions, but we would consider that to be a violation of the JCPOA (nuclear accord), which explicitly provides for the possibility for the purchase of aircraft and their sale by manufacturers.”

Kashan also dismissed suggestions by some Republicans that Iran could misuse civil jetliners for military purposes such as ferrying arms and fighters to Syria or elsewhere.

“This has not been the case and will not be the case. These accusations are not based on reality and are propaganda against the Iranian society and people,” he said.

Still, doubts remain over financing due to uncertainty over Trump’s policy towards Iran and the reluctance by either Western or Iranian governments to provide financial guarantees.

Most Western commercial banks remain unwilling to get involved, fearing fines or commercial problems in the United States if relations between Washington and Tehran deteriorate.

Iran has reached agreements with at least two foreign leasing firms to finance a total of 77 jets, including 42 from Airbus and 35 from Boeing, Kashan said.

Those companies will arrange finance leases, a form of funding which is closer to a purchase than a standard rental.

Western export credit agencies will not be involved in either the Airbus or Boeing deal, Kashan added.

Aircraft are usually paid for in dollars but France-based Airbus will receive euros.

Kashan said all the transactions would use foreign currencies initially, but that Boeing would ultimately receive its income in U.S. dollars.

People familiar with the deal say Boeing has U.S. approval allowing it to go ahead on this basis for 15 777-300ERs but that it will need renewed approvals for the remaining 65 aircraft.

Nearly 500 transport projects worth $87 billion underway in the UAE