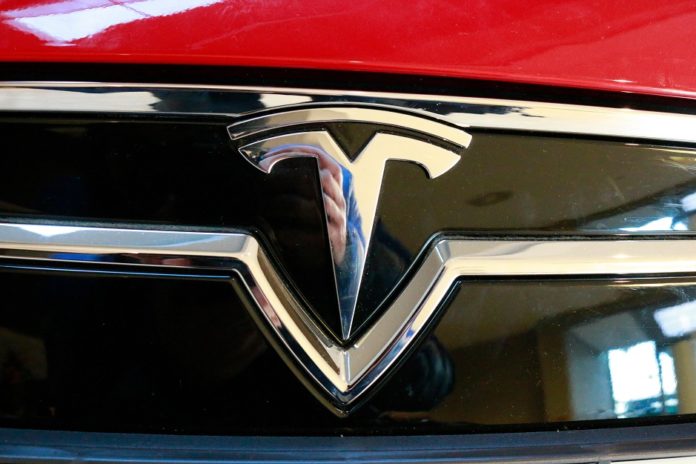 Upon hearing that Tesla was facing trouble with the SEC regarding its CEO Elon Musk’s attempt to take the car company private, the Saudi Public Investment Fund (PIF) started looking elsewhere, Russia to be exact, with Kalashnikov, the Russian arms maker behind the famous AK-47 assault rifle, which revealed a Tesla competitor called the CV-1.

Or did it? Is Saudi mainly biding its time to buy more shares from Tesla as soon as the electric car marker’s legal and financial matters are settled?

Related: Could an electric vehicle by the maker of the AK-47 compete with Tesla?

Oil not so ‘slick’

Since early 2017, the managers of PIF have approached Musk numerous times in an effort to acquire a stake in the innovative all-electric auto manufacturer, and as recent reports show, the fund gradually grew its stake in the company to 5%, as of July 31st.

On the surface, Tesla’s aim for a sustainable energy future and Saudi’s commanding oil stature contradict each other. What gives?

Forbes said Saudi Vision 2030 aims to decouple fossil fuels from the nation’s identity, instead promoting the digitization, privatization, and decarbonization of its economy.

“As it stands today, 50% of Saudi government revenue comes from oil sales. According to the IMF, the Kingdom’s fiscal breakeven point per barrel of oil is in the $83 – $87 range, meaning that today’s oil prices are insufficient to meet its budgetary needs,” said Forbes.

“What better way to hedge your portfolio than to bet on the company that wants to make your main asset obsolete?” asked Forbes.

Electricity in the air: Reasons for more PIF-Tesla

“It is highly likely that PIF will pursue opportunities to invest further once Musk is cleared of any potential wrongdoing by the SEC regarding his impulsive twitter announcement, said Forbes.

This is partly in line with the Kingdom’s plans to have 3.45 gigawatts of renewable (solar and wind) power online by 2020, with $7 billion invested in green projects just this year.

NEOM, the $500 billion city by the Red Sea is another reason as the futuristic mega-city is designed to run solely on renewable generation, and served by robots and autonomous cars.

Vehicle electrification is one of the most impactful and long-term trends in the automotive industry as a way to comply with impending carbon dioxide legislation and regional emissions targets.

Autonews reported that Saudis were open to making a significant investment in Tesla to hedge against oil and attract technology expertise to the region.

But for now, the investment atmosphere in Tesla looks negatively charged.

Read: Even if it wanted to, can the Saudi PIF buy a large stake in Tesla?

A move to take Tesla private with financial support from the Saudi Public Investment Fund (PIF) at $420 per share would have given the car company a $70 billion valuation.

According to Autonews, investors now must brace for another potential wild ride while regulators and lawyers autopsy what happened to a deal potentially valued at $82 billion.

Wheels24, an industry site, said Musk may have taken some actions which violated US Securities and Exchange Commission (SEC) policies which have sparked a series of investigations into his actions.

“At the moment, banks are all running around and trying to figure out whether they even want to work with him,” said Wheels24.

The site quoted Corporate Finance and Deals Editor at the Financial Times (FT) Arash Massoudi as saying “There’s no indication that Tesla will turn a profit anytime soon.”

“It’s burning cash at a phenomenal rate. It can barely produce a couple thousand cars a year, it can’t keep up with demand from consumers, … and then you hear constant stories about problems with the cars, problems with deliveries and it’s a sort of endless stream of negative news,” Massoudi said.

Bloomberg said that Musk’s vocal ambitions stirred unease among Saudi officials about the publicity surrounding their potential role, and Musk’s tweet about “funding secured”, according to people familiar with the matter who asked not to be identified.

On top of that, there were concerns about potential fallout from shareholder lawsuits and the SEC investigation,” the people told Bloomberg.

In the company’s most recent earnings, it backed its prior forecast that called for profitable third and fourth quarters as Model 3 production picks up, CNBC reported.

Through Friday’s close, Tesla shares fell more than 6 percent from their level on Aug. 7 (just before Musk tweeted that he had “funding secured”), said CNBC.

61% of Saudi women plan to apply for driving license