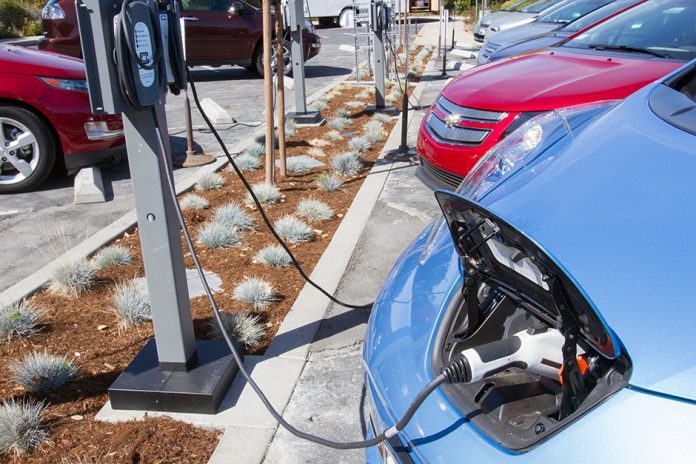 It looks like we will be hearing about electric vehicles more than other cars in this part of the world in the few coming years.

Automakers are increasingly shifting from internal combustion to hybrid and now racing to develop electric vehicles (EVs) by heavily investing in the new technology.

Nissan and BMW increased their presence in the EV market during September this year.

Other car manufacturers are expanding their production to EVs or planning to manufacture EVs, including Kia, Chevrolet, Ford, GM, Jaguar, Land Rover and many other manufacturers.

Watch video: Not to miss: Top Saudi stories that made news in 2017

While there is a battle worldwide to grab the biggest market share when it comes to EVs, the mood in the GCC is more of a preparation to lay the groundwork for them in this region.

How are car manufacturers in the region scrambling to gain market share?

“It will be available to the public by the end of 2018 in Dubai, and later in Jordan. There will be a worldwide release of another electric model in 2019,” said Forbes.

As for car giant Ford, it announced that it would accelerate its electrified vehicle plan in the Middle East by launching four new hybrid vehicles over the next four years, according to a statement published in November this year.

The company said that Ford F-150 Hybrid was the first vehicle to be confirmed for launch in the Middle East as part of the plan.

Car dealers are definitely getting ready for this.

According to a study published by the Times of Oman, regulations and taxes can force vehicle dealerships in the GCC to look at EVs as an area of sustained profits.

“Taxing gasoline and diesel powered car sales will influence marketing campaigns to promote EVs while higher cost of gasoline engine cars will narrow gap between them and EVs,” it said.

It added that infrastructural development could be powered by dealerships in Oman for instance to cater to their customers.

“Initially within the capital, the charging stations will be expanded to other locations outside the city by a synergy of dealerships or standalone stations that serve a single EV brand, thereby creating after sales competition,” it said.

Is the regulatory framework in place?

Don’t miss: Lebanon hopes to join oil producing countries but is it an oil pipe dream?

GCC countries will adopt the UAE’s draft regulations on the use of electric vehicles, as the region prepares for the growth in demand for this kind of vehicles.

Abdulla Al Maeeni, Director-General of the Emirates Authority for Standardisation and Metrology (ESMA), was quoted in the state news agency WAM in November 2017 as saying that the GCC Standardisation Organisation was drafting its own regulations based on UAE documents.

But what happens when your EV runs out of juice?

Charging stations and other incentives

As for Amman, the Jordanian capital, it only has three charging stations, whereas Oman will open its first stations during EVRT.

In September 2017, DEWA and the Road Transport Authority (RTA) announced incentives for electric car drivers, ranging from free public parking and charging to toll-fee exemption and discounts on electric car registrations, according to Forbes.

Check this: How did the top smartphone vendors perform globally in Q3 2017?

Tesla and other electric car models will be taking part in the Electric Vehicle Road Trip (EVRT), a nine-day road trip which will see a convoy of all-electric powered vehicles drive through the deserts of Abu Dhabi, the mountains of Oman and along the rugged coastline of the Northern Emirates.

Setting off from Abu Dhabi on January 18th, the cars will visit Madinat Zayed before driving to Sohar in Oman and on to Muscat.

“One can find out everything that one needs to know about EVs during our events. We will be promoting EVs, educating the public, and the participants will have a chance to get behind the wheel during the event. We plan to launch Oman’s first ever charging station during our road trip,” Sophie Sandham, Head of Marketing and Events at Global EVRT, told the Times of Oman.

“Once we launch these stations with our partners, we expect more people to use their EVs to move between Oman and the UAE,” Sandham remarked.

Qatar Airways chief says will not take any Airbus A320neos in...

4 reasons why Tesla private company plans could be delayed years