Mobile phone users in the Gulf Cooperation Council (GCC) states can save nearly half of their roaming expenses beginning next month.

The six members in the special grouping of Arab states have decided to slash telecom roaming charges for making and receiving calls, sending text messages and data services by an average of 40 per cent from April 1, according to a report by the UAE’s state news agency WAM.

“An average 40 percent cut will be in effect in the first phase of new reduction rates. Incoming SMS application will remain free,’” Abdullah bin Juma Al Shibli, Assistant Secretary-General for Economic Affairs of the Secretariat of the GCC.

Al Shibli added that mobile phone users in Qatar, Kuwait, Bahrain, Oman, Saudi Arabia and the UAE could save up to $1.13 billion, boosting social welfare by $404 million.

However, the report made no mention of new rates.

Al Shibli said a GCC technical team will monitor the roaming charges regularly and will submit recommendations to the committee.

“A mechanism has been set up to gather data on a regular basis to update decision-makers on changes taking place in the roaming services market and ensure efficient control,’” he added. 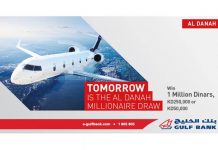 ABOUT US
Newspaper is your news, entertainment, music fashion website. We provide you with the latest breaking news and videos straight from the entertainment industry.
Contact us: [email protected]
FOLLOW US
© Newspaper WordPress Theme by TagDiv