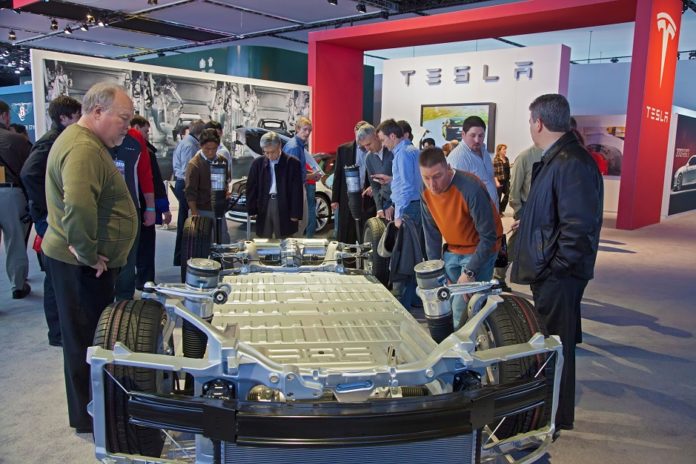 It’s still not clear whether the Saudi Public Investment Fund (PIF) is leaning towards buying a larger interest in a privately held Tesla, which is contingent upon the fact that current Tesla shareholders approve the deal, and the US Securities and Exchange Commission (SEC) clears any cloud over potential violations of trade rules.

According to Business Insider (BI), although Japan’s SoftBank was, according to Musk, one of several entities that had approached him about taking Tesla private, the focus has been on the PIF.

PIF already holds about a 5% stake in Tesla, but is it in for a bigger share?

Depends who you ask

According to Reuters, the Saudi fund may only play a minor part in Musk’s $72 billion Tesla plan to exit the stock market.

The PIF has many claims on its resources and $250bn in assets, over 50% of which are tied up in large Saudi companies whose stocks could be difficult to sell en masse, according to Reuters, in addition to substantial commitments to other technology companies or investments, including $45bn in Japan’s Vision Fund, Softbank, $3.5bn in Uber, the $1bn into Virgin Group’s space ventures, and another $20bn committed to an infrastructure investment fund planned with Blackstone.

The sovereign fund has around 200 investments in fields such as telecommunications, aerospace, sustainable technologies, security, renewable energies and information technologies.

“They (Saudi) could handle part of taking Tesla private, but not necessarily a large part of it and certainly not all of it,” a banker at a major Gulf firm operating in Saudi Arabia told Reuters.

Bankers familiar with the PIF said on Tuesday they had seen no sign yet of it preparing to commit to a Tesla deal.

Musk also said he does not believe he would need to raise the full $72 billion value placed on Tesla by his $420-a-share bid because he expects many existing shareholders – including himself with 20% of the company – to roll their shares into a private Tesla.

A closer look on PIF

Selling real estate to raise money does not look like a near-term option in Saudi, according to Reuters.

When it comes to an infusion of cash, the PIF is seeking to raise between $6bn-$8bn in its first commercial loan, sources have told Reuters.

Saudi Aramco said last month it was working on a possible purchase of a strategic stake in SABIC from the PIF’s 70% holding of company estimated at $70bn, but that deal needs months to develop.

Musk’s idea, according to BI, is an equity transfer of authorized shareholders to private status, with a buyout of current investors who would be ineligible for private ownership due to regulations or prohibitions.

“That would mean a smaller stake from the Saudis, who have already acquired a 5% share of Tesla through public-market purchases.

Related: Did Saudi see an opportunity in Tesla or vice versa?

The SEC cloud hanging over TESLA

The SEC is investigating whether Musk violated its rules by saying he had “secured” Saudi funding for the buyout with the intention of driving up Tesla’s share price, according to Forbes.

Tesla’s Elon Musk disclosed that his plan to take the company private was being driven by Saudi Arabia’s sovereign wealth fund.

According to VentureBeat.com, Musk wrote a lengthy explanation in which he said the fund has been offering to back such a move since early last year.

“They first met with me at the beginning of 2017 to express this interest because of the important need to diversify away from oil. They then held several additional meetings with me over the next year to reiterate this interest and to try to move forward with a going private transaction. Obviously, the Saudi sovereign fund has more than enough capital needed to execute on such a transaction.”

Forbes reports that several shareholders have sued the company for manipulating the price of their shares by saying the financing was secured when in reality this was not strictly the case, although Musk’s clarification affirms that the Saudi sovereign fund had confirmed its interest in the operation, which would be carried out with capital, not debt,”

In his note, Musk attempted to finesse these issues by saying he was announcing the offer as a private buyer, and not in his capacity as CEO.

He said he had originally made the offer to the board on August 2 — five days before his tweet — and had decided to tweet the news because it was the best way to communicate with Tesla’s investors and gauge their support, according to VentureBeat.com.

Iran and Azerbaijan to join railways as part of freight routeGulfRetail

Qatar Air orders as much as one hundred Boeing jets value...