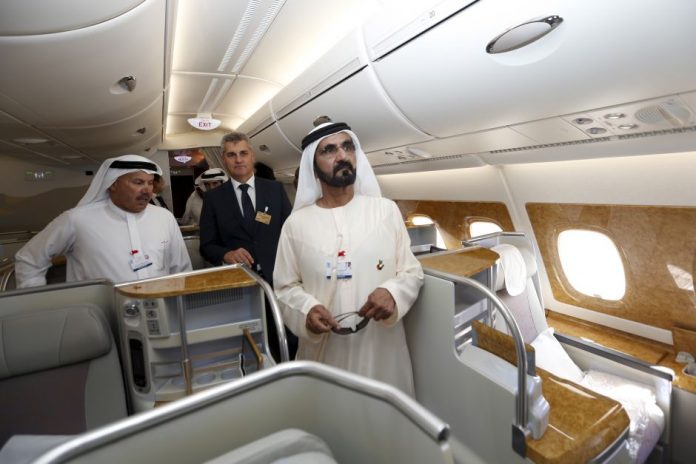 Emirates, the world’s biggest long-haul airline, has taken delivery of its first Rolls-Royce engine-powered Airbus A380 superjumbo and has resolved its dispute with the engine maker over a technical issue.

The A380 jet arrived in Dubai on Thursday morning, two days after Airbus said it would delay the delivery of 12 A380s to the airline over the next two years.

An Emirates spokeswoman told Reuters the Rolls-Royce engine jet had arrived, but declined to say when it would be deployed for passenger services. Typically, airlines will test new aircraft before they enter into service.

The airline “has come to an agreement with Rolls-Royce on the technical issue relating to engines for our A380s,” a different spokeswoman told Reuters, adding two more Rolls-Royce powered A380s would be delivered before the end of 2017.

Planemaker Airbus said on Tuesday it had delayed deliveries to Emirates of six A380s in 2017 and six in 2018 following agreements between Emirates and Rolls-Royce as well as Emirates and Airbus.

Emirates President Tim Clark said on Nov. 18 the airline had some technical issues with the Rolls-Royce engines.

Rolls-Royce is to supply engines for 50 Emirates A380 jets. The $9.2 billion deal, announced in April 2015, was the largest order in the history of the British company.

Emirates is the biggest operator of the A380 having ordered 142 of the superjumbo jets. The rest of its A380 fleet uses Engine Alliance, a joint venture of General Electric and Pratt & Whitney.