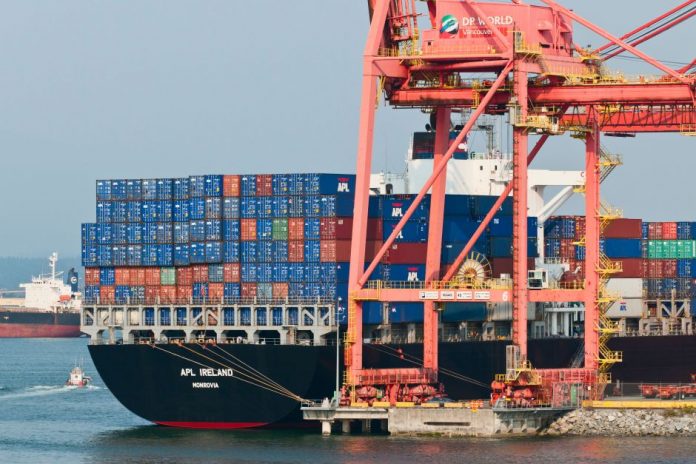 Ports operator DP World said on Tuesday it expected 2017 growth to be driven by new developments in the Netherlands, India, Britain and Turkey after reporting a 2.2 percent rise in gross container volumes on a like-for-like basis in 2016.

The Dubai-based company said it handled 63.7 million twenty-foot equivalent units (TEU), led by expansion in the Asia-Pacific and the Indian sub-continent.

Consolidated volumes, at terminals over which DP World has control, declined 1.6 percent on a like-for-like basis to 29.2 million TEU. On a reported basis, it increased 0.4 percent, DP World said.

In the UAE, its home market, DP World registered a 5.3 percent fall in volumes on a like-for-like basis at 14.8 million TEUs.

The operator said market conditions were “challenging”, particularly at its flagship Jebel Ali Port in Dubai.

“We are pleased to see volumes stabilising in the UAE and as we look ahead into 2017, we expect our new developments in Rotterdam, Nhava Sheva, London Gateway and Yarimca to drive growth in our portfolio,” said Sultan Ahmed bin Sulayem, DP World’s group chairman and chief executive.

The company, which last month announced a $3.7 billion investment partnership with Canadian pension fund manager Caisse de dépôt et placement du Québec to invest in ports and terminals worldwide, said it would continue to maintain discipline in capital spending by adding capacity in line with demand.

The ports operator was well placed to meet full-year 2016 market expectations, it added.

In the fourth quarter, gross reported volumes swelled by 6 percent compared with the same period of the previous year, driven by growth in the Asia-Pacific and Europe, it said.