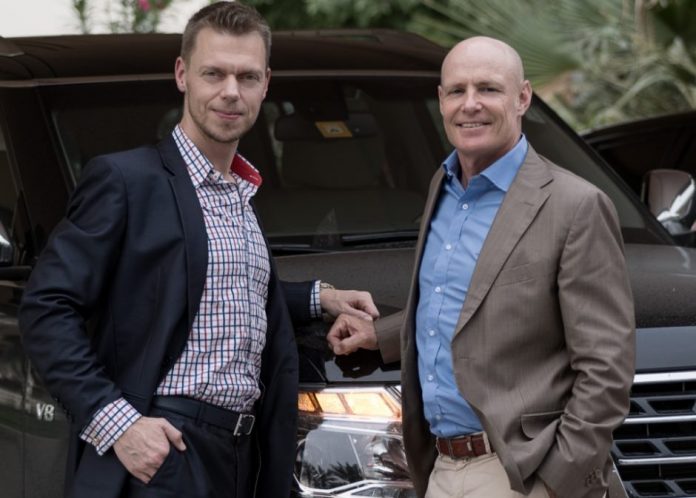 A road safety study was commissioned by i-Insured and RoadSafetyUAE and was conducted by YouGov in February 2018, based on the views of a representative sample of 1,004 UAE residents.

This pioneering study wants to shed light on the question: ‘Does the UAE have a positive driving culture?’.

Frederik Bisbjerg, Executive Vice President Retail i-Insured states: “This question is passionately discussed among UAE residents and for sure there are plenty of subjective opinions. Once again, i-Insured and RoadSafetyUAE teamed up to dig a bit deeper in understanding UAE motorists to make UAE’s roads safer.”

VIDEO: Here are the reasons why oil is heading towards $80 a barrel

Summarizing the findings, Thomas Edelmann, Managing Director of RoadSafetyUAE shares his opinion: “While the big majority states ‘yes’ we do have a safe and caring road culture, digging deeper, we find the same respondents lament that other motorists are reckless and do not show a caring attitude.”

Surprisingly, the top-line answer is 72% ‘yes’ we do have a positive UAE driving culture!

This value is even higher (82%) with expat Arabs, however Westerners have a strongly contrasting view: only 40% state ‘yes’ and 60% ‘no’.

This illustrates the paradox of the UAE situation with regards to road safety: based on the ethnic backgrounds and the previous driving experiences vastly gained outside the UAE, the assessment of the overall UAE driving culture varies widely.

Among the biggest ethnic demographics (‘Asians’, ‘Arabs’) the perception is very positive, but it must be stated, that this perception can be seen problematic as it might deter further road safety improvements.

90% think, that we ourselves are ‘polite and caring’ drivers. However, only 34% think that other drivers earn the same label!

Interesting to see again the divide between Asians (39%) and Westerners (21%) in the assessment of other drivers.

To bring this high-level assessment to live, we surveyed the opinion related to some concrete examples, like ‘How often do you give way to others’: 65% of us claim ‘always/very often’. However, when asked ‘How often do others give way to you’, this value drops to 32%.

Another example we selected is ‘How often do others thank you when you give way or perform another friendly act’? In total, 39% state ‘always/very often’, but only 5% of Westerners! Which begs the question, what is the proper way to say ‘thank-you’ on UAE’s roads? Raising the right hand like Westerners are used to might be viewed differently by other demographic groups, where hand signs can be interpreted very differently. If a little nod of the head is the right way for Asians/Arabs, this might not even be seen by Westerners, and this might explain the very low 5%?

Mr. Bisbjerg adds: “In order to potentially improve the situation by carving out concrete action points, it was very important for us to get a better understanding about ‘The most unfriendly acts’ we experience on the roads, as well as the reasons behind these unfriendly and dangerous acts.”

Read: Your car’s 12-volt cigarette lighter socket can save your life in the UAE

It is interesting to see, that the top most unfriendly acts correlate with the main causes of death on our roads!

Even more important is the insight into the causes behind these unfriendly acts: ‘Time pressure – Running late’ is the main culprit for misbehavior and reckless driving! We repeat ourselves by stating that we need a strong education and awareness push towards proper time management.

We must leave early and plan for possible delays on our routes!

The details of the UAE Road Safety Monitor can be found in the ‘featured’ section on: http://www.roadsafetyuae.com/statistics/.