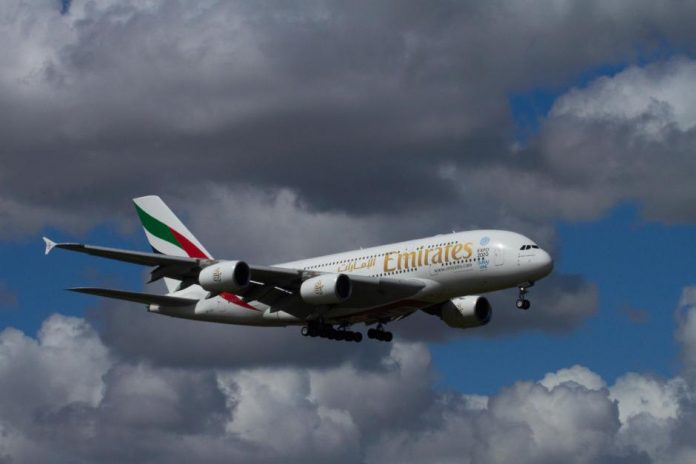 The Trump administration has once again targeted Middle Eastern travellers to the US. Now, passengers traveling from eight Muslim-majority countries in the Middle East and North Africa have been banned from carrying electronic devices into the main cabin.

This is feared to be yet another blow for the region’s airlines that are already facing profitability challenges.

No boarding passes for electronics

Unlike the two previous executive travel ban orders, the new curbs do not directly impose restrictions on people. Instead, they focus on electronic devices.

The US Department of Homeland Security has said passengers traveling from Cairo, Istanbul, Kuwait City, Doha, Casablanca, Amman, Riyadh, Jeddah, Dubai and Abu Dhabi can not bring into the main cabin devices larger than a mobile phone. This includes tablets, portable DVD players, laptops and cameras. Instead, such items must be in checked baggage.

Shockingly, the UK has also taken similar measures that would be implemented by March 25 that bars electronic items in the cabin on flights from six countries in the Middle East.

The moves were prompted by reports that militant groups want to smuggle explosive devices inside electronic gadgets.

The affected airports are served by nine airlines that fly directly from those cities to the US roughly 50 times a day.

Following the first travel ban in January, reports have suggested that bookings to the US have drastically declined.

Emirates, the world’s largest long-haul carrier, said earlier this month that booking rates on US flights fell 35 per cent after the executive travel ban that restricted people from seven mainly-Muslim countries.

The airline has said that it expects electronics restrictions will last several months.

Interestingly, no US airlines are affected as there are no direct flights between the US and the cited airports.

Meanwhile, international agency IATA has waned that the profitability of airlines based in the UAE, is likely to fall this year amid limited growth in demand

Earlier in December, IATA said that Middle East airlines are likely to see profits fall to $300 million in 2017 from $900m last year in part due to high capacity and limited demand growth.

Civil liberties groups have already raised concerns over the new ban and many others who will potentially be affected said the ban was unfair.

“Security for some people and other people none? It’s not for everybody, right?” said Mohsen Ali, an Egyptian who spoke to Reuters TV at New York’s John F Kennedy International Airport, where he was waiting to meet a friend.

Meanwhile, airlines have begun to take measures to counter fallouts from the ban. Emirates posted a video on its social media channels, posing a question: “Who needs tablets and laptops anyway?”

7 most luxurious cars on display at Dubai Motor Show 2017