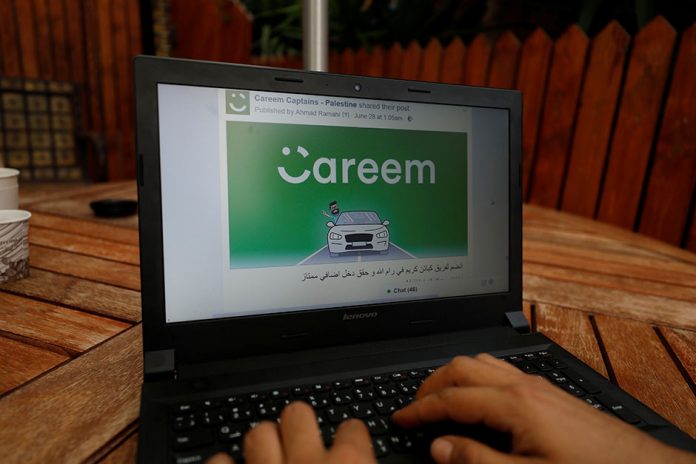 Like family: Careem has become more than just a taxi service

Right, but the company is aiming for stronger, more intimate relations with clients.

It wants to be seen as one of the family.

The company has become very much involved in every aspect of people’s lives that it transcended its intended taxi service purpose.

It’s reaching out, hoping to touch people in many different ways.

Read: Who’s going to be the next Saudi Arnold Schwarzenegger?

Careem wants upward mobility for everyone, proposing to share in the company’s success.

According to Bloomberg News, Careem is in early talks with banks about a potential Initial Public Offering (IPO).

The statement said that Careem started preliminary discussions as it prepares to hire financial advisers, adding that the firm could be valued at about $1.5 billion, with a share sale likely by early 2019.

“While an IPO is a“natural milestone” for a fast-growing business like Careem, the company is currently focused on expanding its operations to more markets,” Chief Executive Officer Mudassir Sheikha was quoted as saying.

The ride-hailing company, founded in 2012, may sell shares to the public by 2019, Sheikha said in a Bloomberg Television interview in December 2016.

Must read: Kuwait is another example why Bitcoin’s future in the region is threatened

While Careem has a vested interest in people connectivity, they are going the extra mile in trying to do so.

The ride hailing app has partnered with Virgin Mobile UAE in a bid to deliver SIM cards to the homes of customers in an hour.

Whether you’re at the beach, in the office or at home, as soon as you download Virgin Mobile’s app, and sign up, your SIM card will be delivered by Careem and activated on the spot.

According to a statement by Virgin Mobile UAE, the integration of its app with Careem’s will mean that the SIMs can be delivered by any one of Careem’s 5,000 drivers in the UAE within 60 minutes.

“In today’s on-demand society, we are constantly looking for ways to improve our service, and we will continue to streamline our delivery service with Careem with the goal to eventually be able to deliver a SIM card faster than getting a pizza delivered,” Karim Benkirane, managing director of Virgin Mobile UAE was quoted as saying.

“Careem have proven to be a strong partner, capable of providing excellent logistical support, driver distribution and technical integration, allowing us to fulfill our promise of delivery within one hour,” he added.

In fact, Careem can deliver any of the stuff you want at any time.

Don’t miss: The UAE’s rain-dance needs the right moves or risk being in hot water

Out of the box solutions

Careem launched its Box delivery service in May 2017, creating competition in the courier business, which is dominated by players such as Aramex, DHL and UPS.

The service is called Box because whatever is requested to be picked up has to fit in the box on the back of small motorcycles used largely for food deliveries countrywide.

“It’s for anything from forgotten keys to important documents to lunch from your favourite restaurant, delivered for about AED20 ($5.5). We have kept it simple and competitively priced so people can use the Careem App they already have on their phones and know that the same level of service and training will be brought to the Box service,” Faraz Syed, the managing director of Careem and Careem Labs, was quoted as saying.

Careem is keen on facilitating people’s lives anywhere in the world and dangerous zones are never an obstacle for the company.

Despite the tough security situation prevailing in Iraq and the difficulty in transportation in the war plagued country, Careem is working on expanding its services to more Iraqi cities.

The latest such plan is the company’s expansion in Baghdad, aiming to offer residents rides by using GPS technology to ensure accurate pick-ups.

A media statement by the company said that Baghdad operation will employ locals, helping the Dubai-based firm to move towards its goal of creating one million jobs across the Middle East and North Africa by 2018.

“We are determined to overcome local challenges so that we can simplify mobility for Iraqis and create income-generating opportunities for them and their families” said co-founder & CEO of Careem, Mudassir Sheikha.