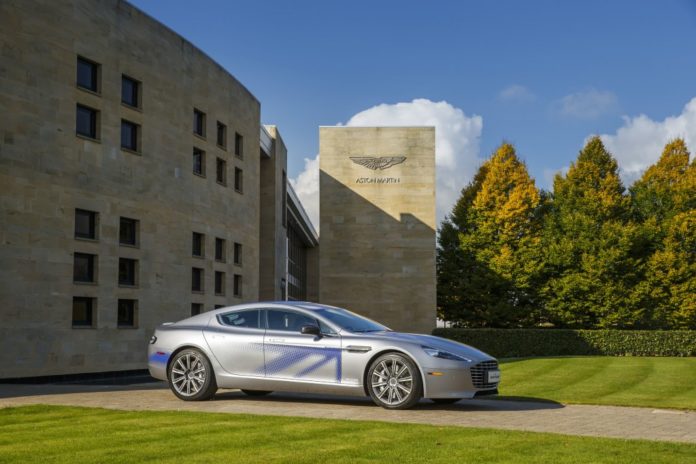 British automaker Aston Martin is making moves on the electric vehicle market. The luxury carmaker announced last week that it will tackle the budding market with its all-electric Rapide E model, its first ever vehicle of the kind.

“Limited in production to 155 units, the car will have an 800-volt battery with 65kWh capacity, using lithium-ion cells mounted to where the original 12-cylinder Rapide engine and gearbox were located,” Bloomberg reports. “The battery system powers two rear-mounted electric motors that make the equivalent of 602bhp and 700 pound-feet of instant torque.”

According to Tech Crunch: “The battery system will have a charging rate of a 185 miles per hour using a 400V outlet with 50kW charger. The car’s battery system does enable faster charging of 310 miles of range per hour for those using an 800V outlet delivering 100kW.”

The company is seeking to deliver an all-electric car that nonetheless delivers the power and speed of their world-famous petrol models.

READ: Could an electric vehicle by the maker of the AK-47 compete with Tesla?

“Aston Martin emphasized that drivers will be able to hit these performance targets regardless of how full the battery is,” Tech Crunch explained.

Customers will begin receiving their ordered cars in Q4 2019.

As for the pricing, none has been disclosed as of yet. According to Reuters, the rumored price last year was $250,000.

READ: The buyer’s checklist: How to buy a car in the UAE

Is your next Uber ride going to be your last?