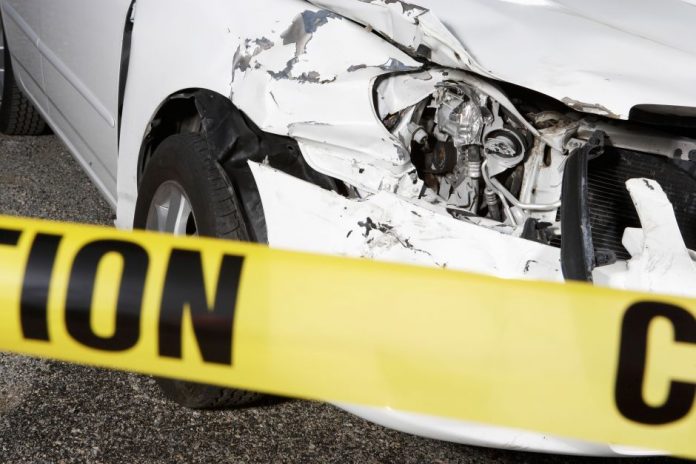 Exhaustion and drowsiness are the two leading causes of accidents during Ramadan, according to Dubai’s Roads and Transport Authority (RTA). With the holy month fast approaching, here are the most important facts about road safety in the GCC:

1. 50 per cent of the road accidents in the UAE last year were caused by drivers aged 18-30

3. On a scale of one to seven, with countries scoring one having extremely underdeveloped roads to those scoring seven with highly efficient roads, the UAE scored 6.5, ahead of Singapore, Portugal and Oman in the top five, according to a study published by the Centre for Economics and Business Research, one of the UK’s leading economic consultants.

6. Exhaustion and drowsiness are the two leading causes of accidents during Ramadan, according to the RTA.

7. The emirate of Ras Al Khaimah has seen a drop of 35.6 per cent in the number of the people injured in traffic accidents across the emirate, in the first quarter of this year as compared to the same period last year, according to the police.

8. Official records show that 90 people received minor to medium and serious injuries in the first three months of the year compared to 148 over the same period last year in RAK.

9. According to a study by Dubizzle Motors and Souqalmal.com:

– Looking at the number of insured vehicles in terms of year of manufacture, more than 50 per cent of the cars were less than three years old.

– The most popular features among UAE consumers when purchasing car insurance were agency repair, and personal accident cover for drivers and passengers.

10. According to recent data from the UAE Insurance Authority, a total of 1.7 million comprehensive motor insurance policies were issued in the UAE in 2015, registering growth of 12.3 per cent year-on-year. The number of third party policies stood at 1.3 million, growing at 7.4 per cent year-on-year during the same period.

1. A survey on driving behaviour in Oman found that:

– There is a general feeling that roads have become less dangerous as there was a significant decline in tailgating, distracted driving, sudden lane swerving and speeding.

– This is further substantiated by a drop in the number of road accidents in the first quarter of 2017 by 28.8 per cent to 895 as against 1,257 road mishaps during the same period of 2016, according to the latest National Centre for Statistics and Information (NCSI) update.

– 81 per cent of the respondents agree that Oman’s road infrastructure has improved over the last six months, leading to more driving enjoyment (63 per cent).

3. There were 692 people road deaths in 2016, about eight per cent more compared to a year earlier, according to the Royal Oman Police.

4. According to statistics at the GCC secretariat information office based in Muscat, Oman leads the way with 4,721 accidents closely followed by Saudi Arabia with 4,609 and Qatar was third with 4,322 in 2016.

6. 72 per cent of all accidents happening in the country are caused by drivers who are young, in their twenties.

7. Insurance companies paid a total of 123 million rials out for 4,721 accidents last year — about 11 per cent more compared to 2015, statistics from the ministry of commerce show.

2. According to a statistics report published by Ministry of Interior’s General Directorate of Traffic:

– The vulnerability of road accidents has decreased by 31.2 per cent in comparison to 2015.

– Most of traffic accidents recorded in 2016 were minor accidents without injuries and accounted 97.5 of total accidents.

– Half of major traffic accidents in 2016 were resulted from negligence, recklessness and lack of caution with the rate of 44.6 per cent.

– Reckless driving and negligence caused fatal accidents in 108 cases while it led to 388 major injuries and 2228 minor ones.

– Overturn of the vehicles accounted for 12.1 per cent major crashes and run over the pedestrians reached 11.5 per cent of the major accidents.

– Two-thirds of major traffic accidents were collision accidents between two cars, and accounted for 66.7 per cent.

1. At least 23 people die and 102 others are injured every day as a result of traffic accidents in Saudi Arabia.

2. Riyadh saw the largest number of accidents followed by Makkah then Dammam.

3. A recent statistical report has revealed the deaths of 45,683 Saudi citizens during the past year.

5. According to the report, road accidents are the main causes of death in the Kingdom, with 21 deaths recorded per day, in addition to the factors of aging, and chronic diseases.

2. Fatal accidents in 2016 have declined by over 40 percent compared to 2015, even though the number of registered vehicles rose to around 42,000, official figures showed.

5. Male drivers are involved in accidents more than the opposite sex, with a ratio of 78 per cent.

7 things that you NEED to know about the Dubai International...