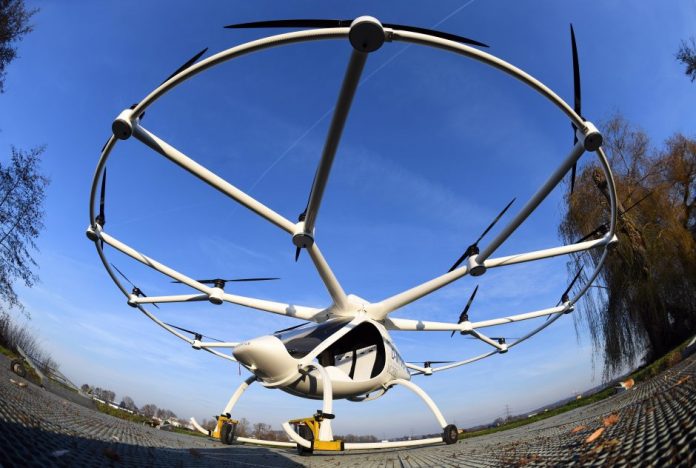 Air taxis will have ‘top safety and security standards’: RTA

The recently concluded test-drive of an autonomous Taxi Drone at the JBR area in Dubai on September 26 not only made aviation history, but also sent UAE confidence levels skyrocketing.

The two- seater air-taxi E-Hang 184, built by Volocopter, a German manufacturer of autonomous vehicles, flew 200 metres above the ground for five minutes.

Each air-taxi is designed currently to carry 100kg – which includes the passenger(s) and any luggage. However, for people who are used to the current on-ground modes of transport, being ferried 200m in the air for 20 to 30 minutes in a vehicle going 50 km/h (upto a maximum of 100 km/h) – especially with no one at the wheel (will there even be a wheel?) – is a scary proposition.

So how safe are these air-taxis?

“[The air-taxi] has a variety of unique features that include top security and safety standards, and multiple redundancies in all critical components such as propellers, motors, power source, electronics and flight controls,” explains Mattar Al Tayer, Director-General and Chairman of the Board of Executive Directors of the Roads and Transport Authority (RTA).

He adds: “It is also fitted with optional emergency parachutes, nine independent battery systems and a battery quick-charge and plug-in system, which takes two hours to reach full charge in the prototype version, a time that will be significantly reduced in the production version.”

Meanwhile, Michael Rudolph, Head, Aviation Regulations and Safety, Dubai Civil Aviation Authority (DCAA), notes: “This is a something that has never been done before. We are so happy that this happened in Dubai. From a DCAA perspective, this proof-of-concept flight makes history.”

If the road taxi service in the emirates is an indication, taxiing is a good business in the Emirates.

Autonomous air-taxis, however, will take another five years to actually become operational, but authorities assure that they will be easy to use.

Reuters quoted Volocopter CEO Florian Reuter as saying: “Implementation would see you using your smartphone, having an app, and ordering a volocopter to the next voloport near you. The volocopter would come and autonomously pick you up and take you to your destination.”

This initiative is part of a plan by Sheikh Mohammed bin Rashid Al Maktoum, Vice-President and Prime Minister of the UAE and Ruler of Dubai, to ensure that one quarter of all journeys, including by air, will be driverless by 2030. However, a majority of these will take place on driverless metro trains and, of course, autonomous land-based taxis.

What percentage of this will be given over to air-taxis is as yet unclear.

Plans in the air

Meanwhile, Dubai-based car-booking service Careem is one of the companies that is testing electric and driverless pod vehicles through its online ‘hail a cab’ service, the company announced last April.

It is collaborating with California-based NEXT Future Transportation, whose customers include the RTA.

France-headquartered aeronautics firm Airbus has also got into the air-taxi game, with Vahana, the flying taxi project it plans to launch in 2020.

This model features air speeds of 230 km/h, according to Airbus A3 head of autonomous systems Arne Stoschek, and can accurately avoid potential air collisions without even braking, much to future passengers’ relief.