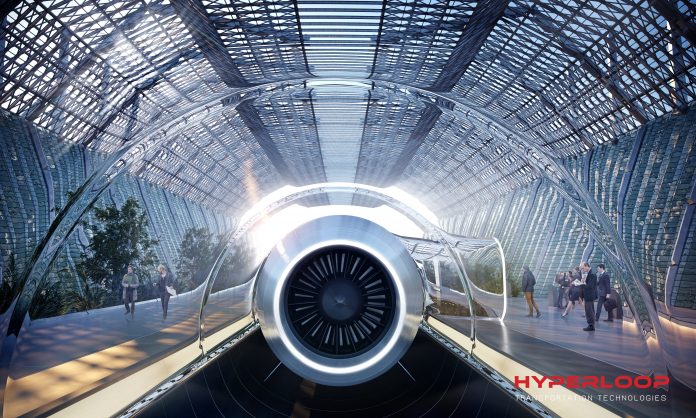 * HTT in talks with KSA and Qatar, as well as countries in North Africa

* HTT tech is being tested around the world

Abu Dhabi signed a strategic agreement with Hyperloop Transportation Technologies (HTT), in an aim to link the capital and Al Ain via the fast-transport technology.

This is one of the first deals HTT is closing in the region, but it definitely has plans to expand to other countries around MENA.

“We are also in discussions at various stages with Saudi Arabia, Qatar, a few northern African countries and a number of others that I won’t name just yet,” Bibop Gresta, chairman at HTT, told GulfRetail.

The technology company has recently made several headlines and grabbed attention as it tests its technology around several regions, most recently, in Europe.

However, according to its chairman, MENA, like any other region, has its unique characteristics, opportunities and challenges.

“The main challenge we face in MENA countries, as well as globally, is regulation. We are developing a completely new mode of transportation, and that of course comes hand in hand with the creation of new regulations,” Gresta said.

“HTT has taken an active approach to solving this issue by partnering with TUV, the leading global safety certifier. Together we hope to develop safety standards that are fit for the 21st century,” he added.

(GCC automobile sector: 2017 and beyond)

HTT has already signed deals in the state of California in the US, Slovakia and the Czech Republic. It also has a presence in 20 other locations.

“The opportunity that we have to fundamentally change peoples’ lives via the implementation of a Hyperloop system is truly incredible,” Gresta said.

“Hyperloop has the capability to reunite families that have been forced to fracture, or else suffer through lengthy commutes to be together. The reason I am so grateful to be part of this project is not just because we are providing a faster way for people to get to work, but because we are giving people back their precious time” he added.

Emirates airlines posts stellar financial performance: Here’s how it did it