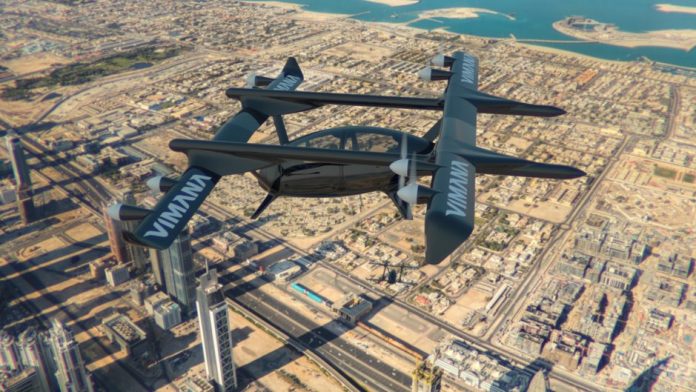 VIMANA Global, the blockchain-based aerial autonomous vehicle (AAV) manufacturer, will be exhibiting a prototype of the AAV at the Future Cities Show, which will be held next week, April 09-11, at the Dubai World Trade Center.

This will be one of the first opportunities for media and the public to see the vehicle in Dubai, ahead of the planned test flight later this year.

Check out the vehicle and meet with VIMANA’s CEO, Mr. Evgeni Borisov to talk about VIMANA’s plans for Dubai.