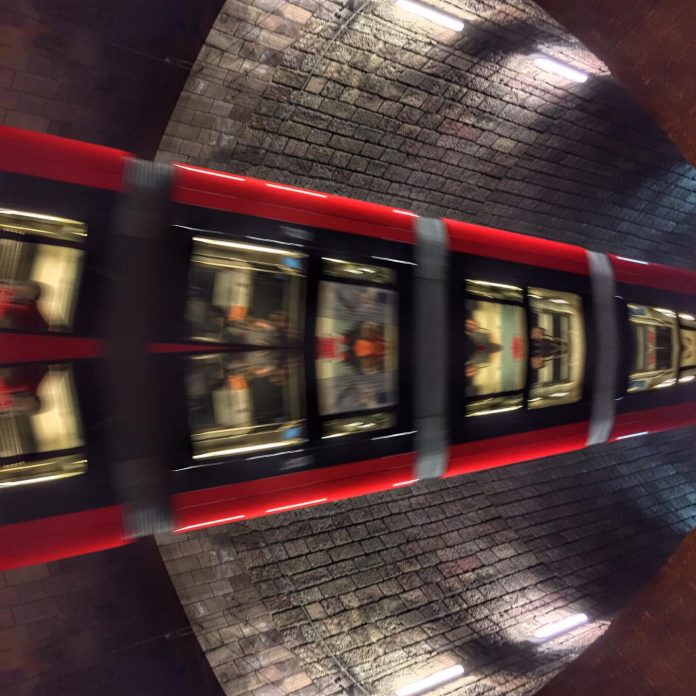 Dubai’s Road & Transport Authority (RTA) and U.S.-based Hyperloop One, a rival to HyperloopTT, agreed on November 8, to explore routes between Dubai and Abu Dhabi.

A hyperloop uses magnets to levitate pods inside an airless tube, creating conditions in which the pods can shuttle people and freight at speeds of up to 750 miles (1,200 kms) per hour.

The unproven technology is proposed as a replacement to existing rail infrastructure.

The UAE has put on hold plans to build its own national rail network after neighbouring Gulf countries fell behind on their rail projects that were supposed to link the six states from Kuwait to Oman.

A hyperloop route could connect Abu Dhabi and Al Ain in eight to 12 minutes, according to a joint DMAT and HyperloopTT statement. This compares to the two hours it takes by car today.

The statement said it was “the only initiative of its kind that has the support of the government of Abu Dhabi.”

Hyperloop One is also exploring a route in Dubai connecting the emirate’s Expo site for when it hosts the world’s fair in 2020, Creative Director Colin Rhys was quoted as saying by local newspaper Gulf News on Monday.

However, Rhys later told Reuters he was quoted out of context and that Hyperloop One was not considering an Expo route.

Here’s all you need to know about car insuranceGulfRetail